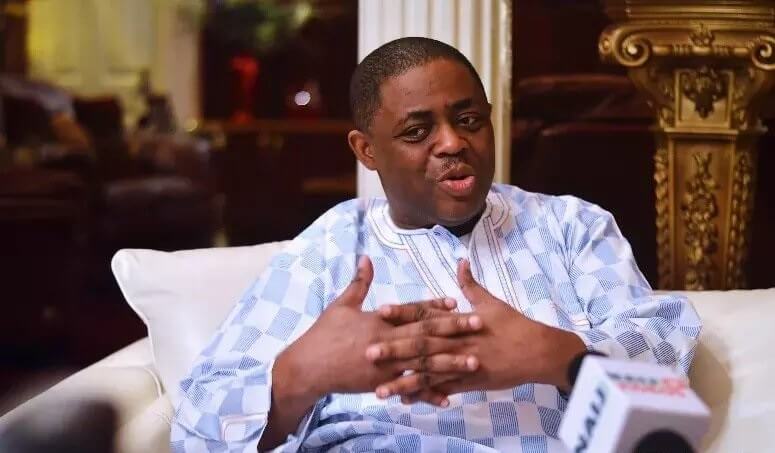 Coalition for the Protection of Nigerian Unity has lambasted a group which said former presidential spokesman, Femi Fani-Kayode, was churning out hate speeches and must be arrested.

Idris Abubakar, its Publicity Secretary, in a statement on Sunday advised Initiative to Save Democracy to focus on more pressing national issues than putting up petitions against the former Aviation Minister.

The group also said rather, Kaduna Governor Nasir El-Rufai, and a presidential aide, Lauretta Onochie, should be arrested for the comments against opposition figures.

He said: “We see this as a deliberate act to heat up the already tensed political situation in the country, especially as the campaign for general elections has commenced.

“It is very obvious that “James Akinloye” the acclaimed president of the Initiative to Save Democracy is working with instructions from his paymasters who do not have the interest of peace in Nigeria at heart.

“We are using this medium to warn that any attempt to arrest Chief Femi Fani-Kayode will be met with stiff resistance and could lead to civil unrest.

“We wonder where James Akinloye was when Ms Lauretta Onochie the Presidential aide to President Muhammadu Buhari on social media mentioned that Alhaji Atiku Abubakar was as a sponsor of Boko Haram. Where he was in this same country when El Rufai the current Governor of Kaduna state called president Goodluck Jonathan repulsive names and heaped allegations that are not fit to be mentioned in print?

“At this point in our democracy, especially with the General election less than a 100 days from today, we expect the group to live up to it’s name by embarking on voter sensitization/education and admonishing youths to desist from electoral violence instead of writing witch-hunt petitions.

READ  Why El-Zakzaky Will Remain In Custody – El-Rufai

“We advise that their planned peaceful protest calling for the arrest of an innocent elder Statesman in the person of Chief Femi Fani-Kayode, should instead be held in demand for free, fair, credible and violent free general elections.”