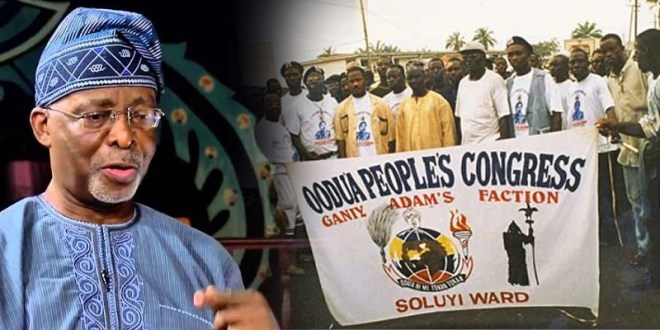 The founder of the Odua Peoples Congress (OPC), Dr. Frederick Fasehun, is dead.

Fasehun passed away in the early hours of Saturday, at the Lagos State University Teaching Hospital in Ikeja, Lagos state.

The octogenarian, it was learnt, was admitted at the Intensive Care Unit of the hospital on Tuesday, where he remained until his demise.

Fasehun’s death was confirmed by his spokesman, Adeoye Jolaosho.

“It is true, Baba died this morning at the ICU in LASUTH, Ikeja,” he said.

Fasehun was born in Ondo Town, Ondo State in 1938.