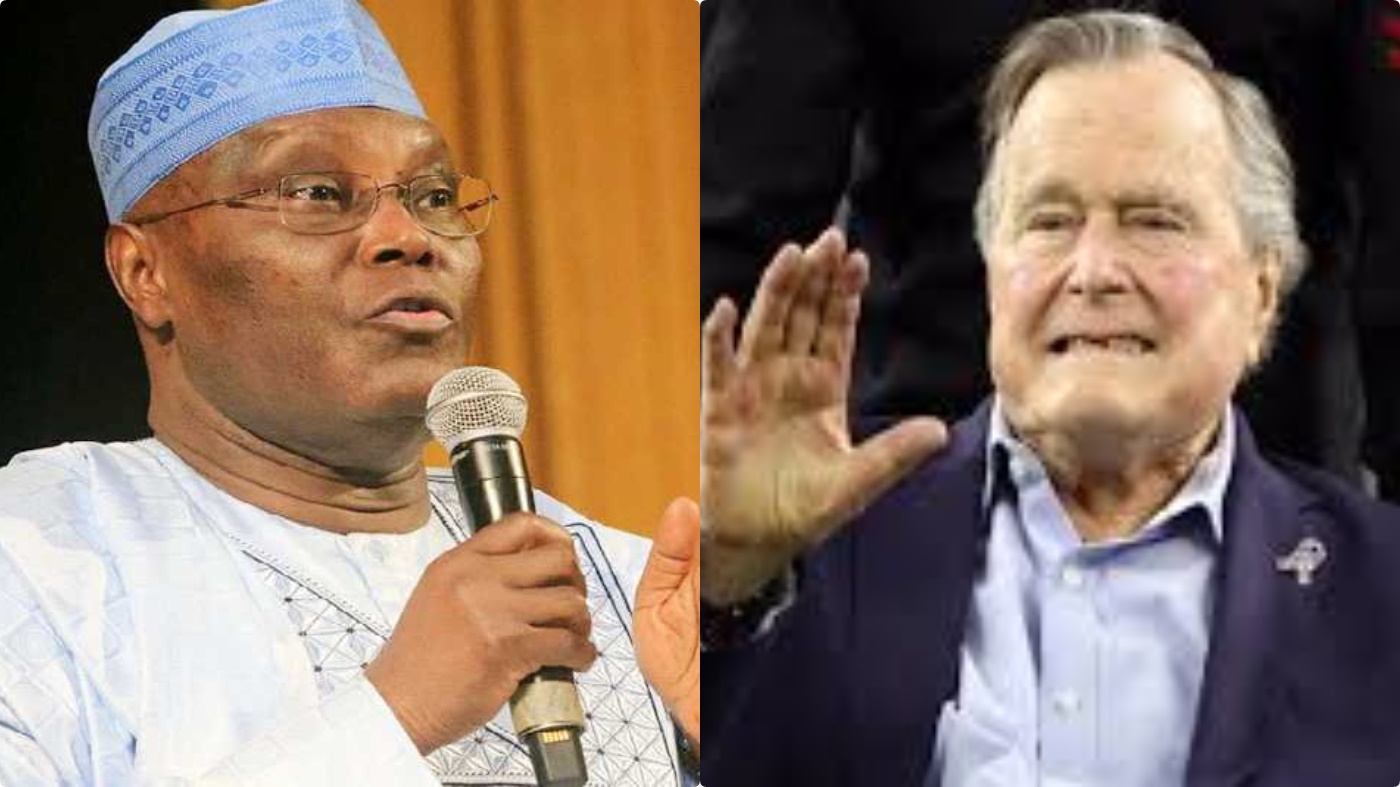 The presidential candidate of the Peoples Democratic Party, PDP, Alhaji Atiku Abubakar, has reacted to the death of the United States of America’s former President, George W Bush.

Bush died at the age of 94 in Houston, according to his spokesperson, Jim McGrath.

Atiku, a former Vice President, disclosed that Bush was a lover of Nigeria, adding that his favourite musician was Africa’s afro-beat legend, Fela Kuti.

Atiku tweeted, “Former President George H.W. Bush, was a lover of Nigeria so much his favourite musician was Fela Kuti.

“A man of principle who fought for freedom and democracy and whose life was a pattern of service to his nation and the world.

“He will be missed. May his soul rest in peace.”