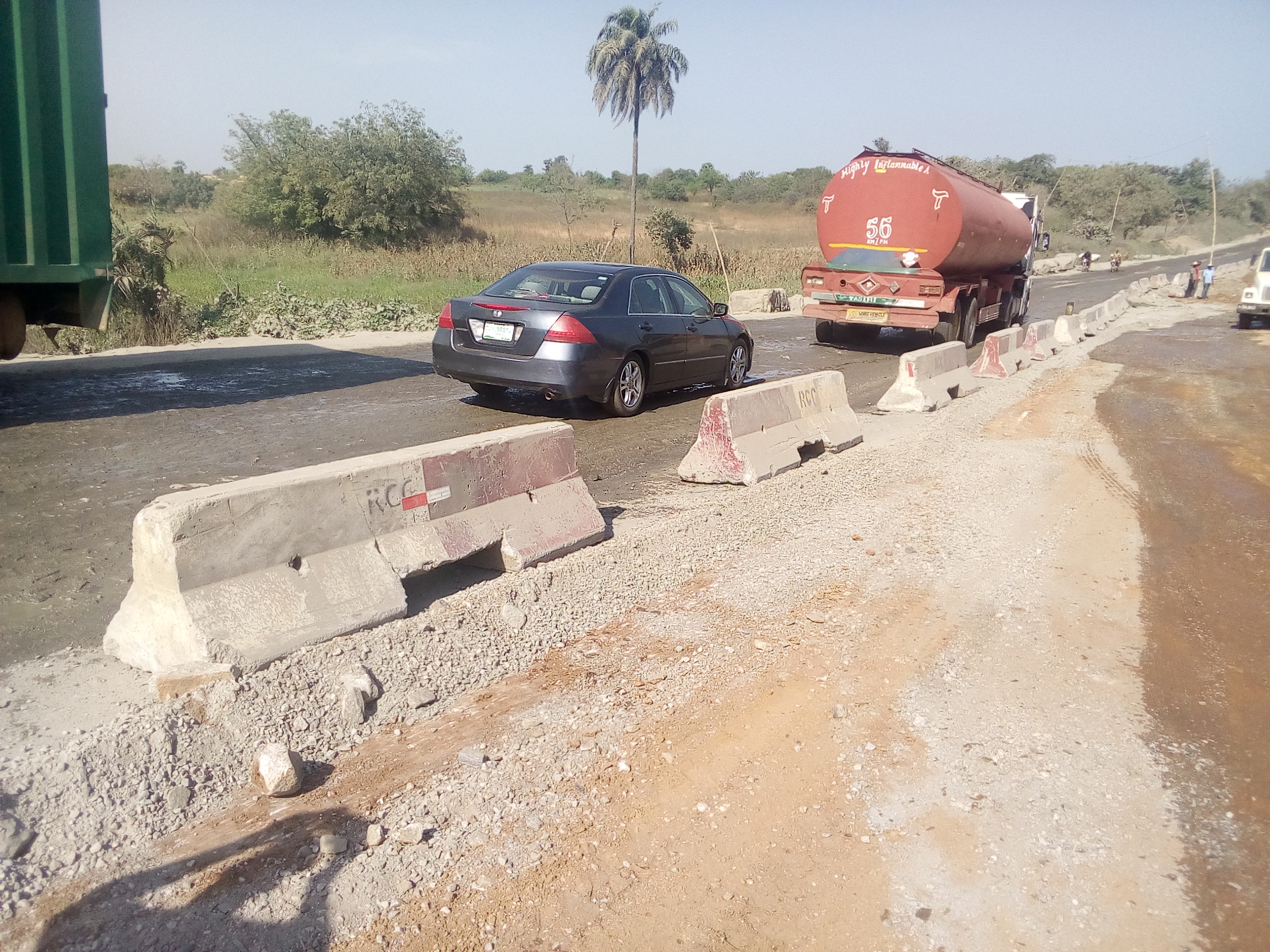 Hundreds of Ogbomoso residents of various religious divides on Thursday gathered at the popular Randa area in Ogbomoso to seek divine intervention for the quick completion of the new Ogbomoso-Oyo Express Way.

The construction of the new Ilorin-Ogbomoso-Oyo-Ibadan Express Way,the first term of Chief Olusegun Obasanjo as President.

However, the Ilorin-Ogbomoso and Oyo-Ibadan sections have been completed, the Ogbomoso-Oyo section of the Express Way were yet to near completion.

Ogbomoso residents had in June, during a press conference, urged the federal government to declare a state of emergency on the Express Way.

Also on August 1st, they blocked the old Ogbomoso-Oyo Express Way in protest.

The residents, who said that they had written several letters to the Federal government informed journalists that the next thing for them was to seek the face of God.

They said that the essence of the inter-faith prayer session held on Thursday was to call on God to intervene.

Present at the special prayer session organised by Ogbomoso Community Forum (OCF), included, the Soun of Ogbomoso who was represented by Onijeru of Ijeru, Oba Popoola Olaniyi, Chairman, League of Imams and Alfas, Ogbomoso and environs, Alhaji Atanda Nafiu and Chairman of the prayer committee, Bishop Abraham Oyetunji. Others are Iyafin Anifowose and Pastor Moses Oyelami, Alhaji Akorede Federal and Oluawo of Ogbomoso, Babaawo Opeyemi Opeifa.

He insisted that the number of lives that had been lost on the old Ogbomoso-Oyo Express Way is more than those killed by Boko Haram.

He said, “What led us to this occasion is the uncompleted project of the federal government that passed through Ogbomoso to Oyo. Ibadan to Oyo is completed, Ilorin to Ogbomoso is completed but Ogbomoso to Oyo, in fact from Ogbomoso to Oyo is almost undone. It is from Oyo side that something is being done. And this old road, Ogbomoso-Oyo has become a death trap. In fact, recently, a whole family of nine, the father, the two wives and all the children perished just about three weeks ago.

“Number two is that the Federal government, our President, Muhammadu Buhari should take this road as a priority project to be completed even before the end of his first tenure. We know this is possible. We are made to understand that the contractor handling the project can do the work even within three months if money is released. So we are appealing to the federal government to please, release money to this contractor. Let him do his job and let the work be completed.”

The Senator representing Oyo Central district in the National Assembly, Mrs. Monsurat Sunmonu has, however, assured the people of Ogbomoso that one of the priorities of the federal government was to ensure the completion of the new Express Way without delay.

Sunmonu in a statement mailed on Thursday while reacting to the special prayer session added that the Senate was still worried by the low pace of work on the new Express Way.

Sunmonu said, “I assure the people of Oyo Central and the people of Oyo, Ogbomoso in particular of federal government utmost commitment to the completion of the Oyo-Ogbomoso road in a matter of time.

“The Senate was worried by the slow pace of work at the site of Ogbomoso-Oyo road, hence the reason why the Chairma Senate committee on works, Senator Kabiru Gaya inspected the site some weeks ago. I would not relent in my efforts in making sure that the Ogbomoso-Oyo road completed as soon as possible.

“I acknowledge the hardship the people of the area are facing, which will soon be over. I, therefore, call on the people of Oyo central and Ogbomoso not to be discouraged as the rehabilitation of the road will soon be completed.”