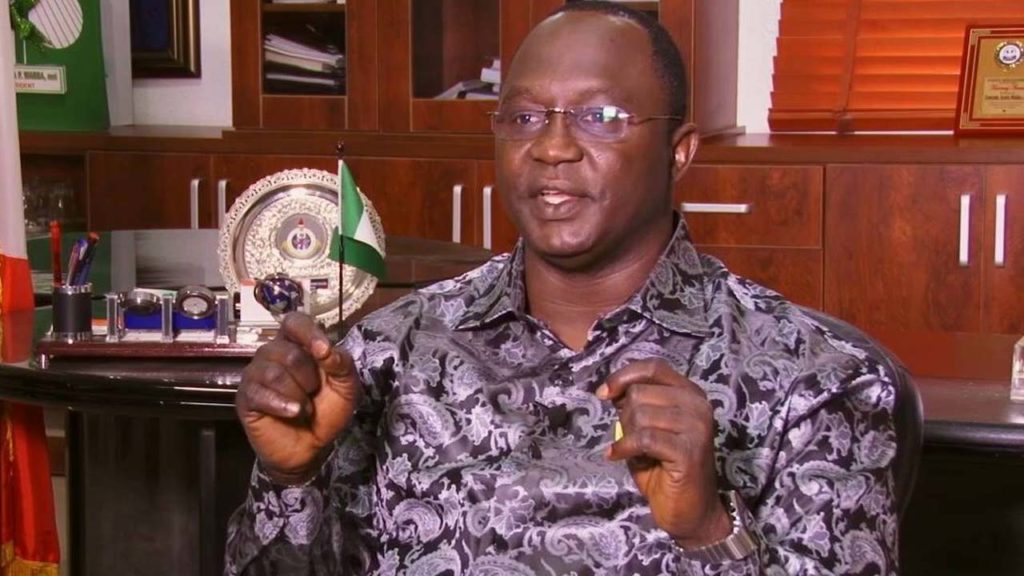 The Nigeria Labour Congress, NLC, has accused the Federal Government of politicizing the negotiation for the new proposed N30, 000 minimum wage for workers. This was as the National President of the NLC, Ayuba Wabba alleged that the Federal Government was playing double standard in the negotiation. He spoke during the 2018 Joint National Public […] 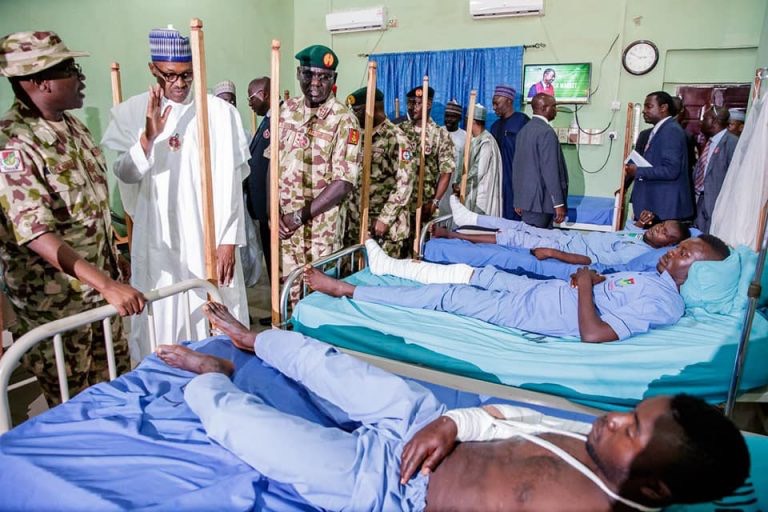 President Muhammadu Buhari on Wednesday visited injured soldiers in Maiduguri, Borno state. On November 18, the Al Barnawi faction of Boko Haram attacked the 157 Task Force Battalion based at Metele in the northern part of Borno State, killing scores of the Nigerian troops while others were injured. Buhari who was in the state for […]

What Buhari told soldiers in Maiduguri 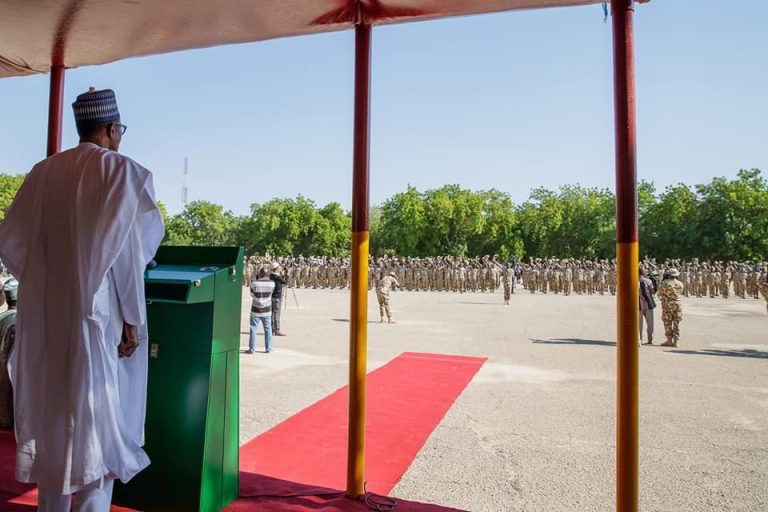 President Muhammadu Buhari has told soldiers that the war against Boko Haram is a “must w Buhari said this on Wednesday, while delivering the keynote address at the 2018 edition of the the Chief of Army staff Annual conference (COAS) in Maiduguri, Borno State. He also promised that his government would do everything within its […] 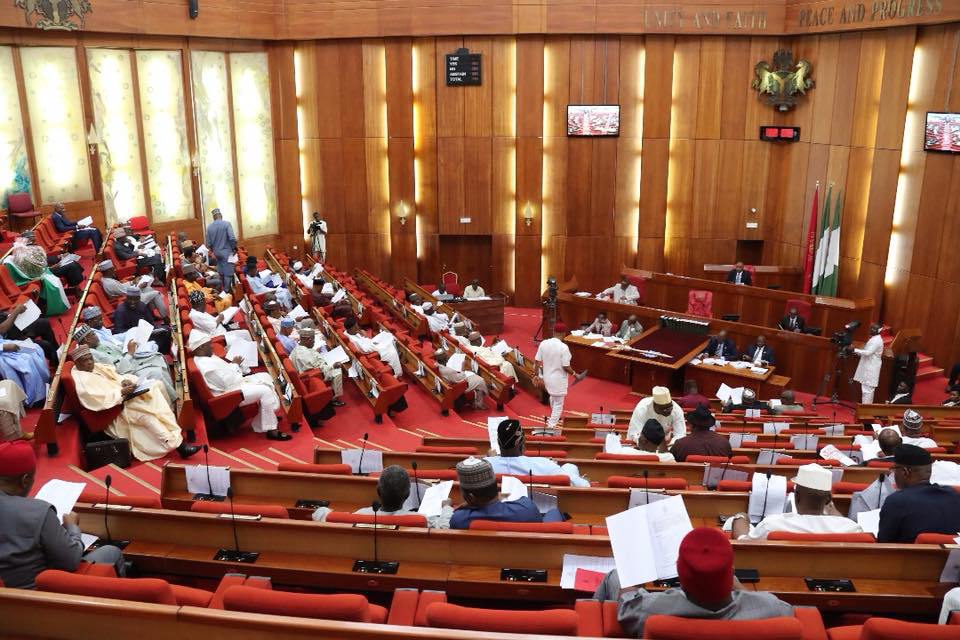 The House of Representatives, on Tuesday, began investigation into the 1 billion dollar appropriated for procurement of arms and equipment in the fight against Boko Haram in the North East Nigeria. The lawmakers also demanded that the Nigerian Army should, after due consultations with families of soldiers killed in the Nov. 18, insurgents’ attack in […]

Popular American Pastor Descend Into Church Auditorium From ‘Above’ (Video)

A video of a pastor who descended from above into the church auditorium leaving its members amazed, has since gone viral on social media. The pastor, identified as Pastor Bartholomew Orr of Brown Baptist Church, Memphis left his congregation shocked after he entered into the church building, flying on a zip line. The entrance which […] 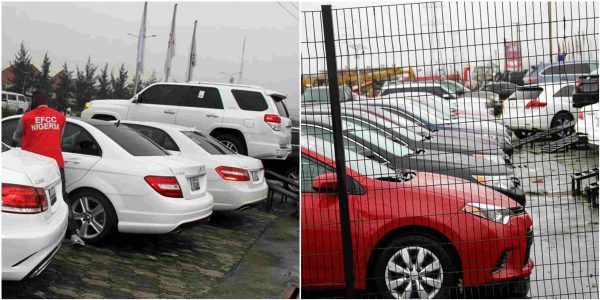 The Economic and Financial Crimes Commission, EFCC, Lagos office, on Tuesday, November 27, 2018, seized a total of 29 exotic cars during a raid on the office of a Lagos-based car dealer, Astrax Auto Shop. The raid followed intelligence report received by the Commission on the activities of the operators of the auto shop, who […] 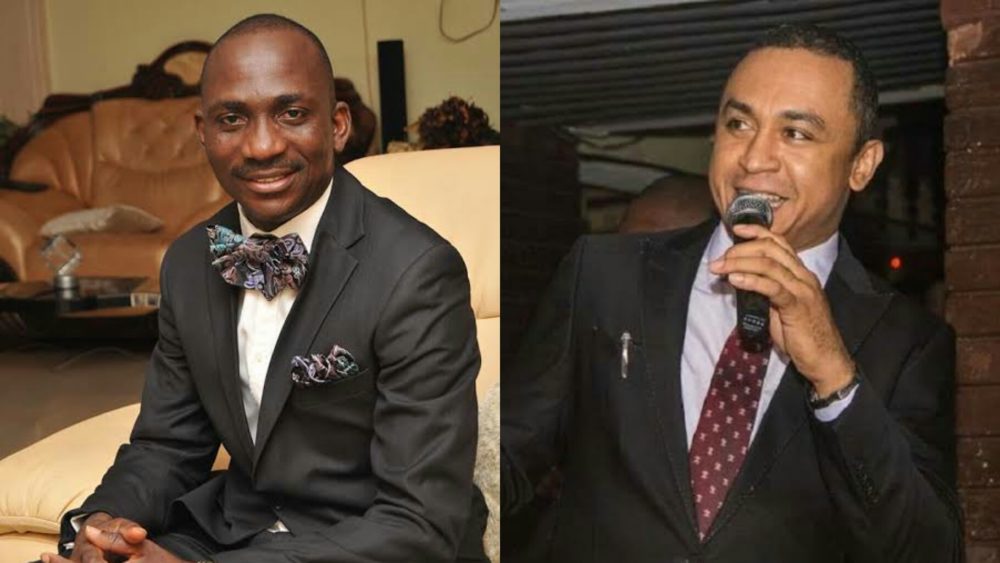 Daddy Freeze has responded to Pastor Idoko Enenche who called him a ‘very highly irrelevant, insignificant, infinitesimal, microscopic piece of material’. Daddy Freeze had called out the pastor after the dedication of his 100,000 capacity church ‘Glory Dome’ in Abuja over the weekend. And now he stands on his words, saying ; ‘defending the largest […] 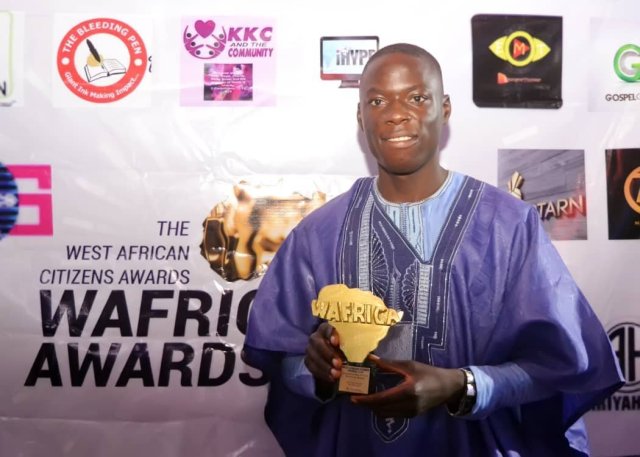 Kogi-Born Emmanuel Oluwasayomi Ahmadu, Popularly known as “Mr Voiceover” is a graduating student from the department of Mass Communication, University of Benin. Mr Voiceover is proficient and endowed with many talents. Among others, He is a Voice-Over Artiste, a budding Nollywood Actor, Writer and an Entrepreneur. He revealed that His Journey to stardom didn’t come […] 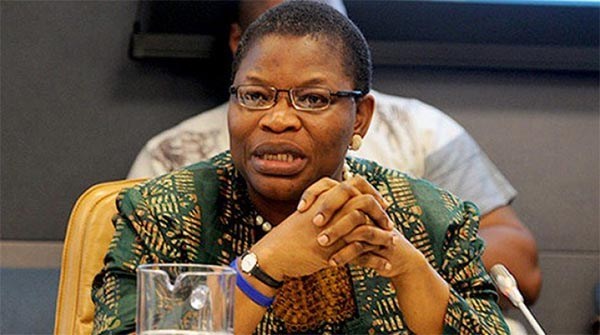 The Presidential candidate of ACPN, Dr. Obiageli Ezekwesili, has expressed readiness to fight for the rights of Nigerians and eradicate poverty in the country. She said this at a dinner in Lagos where Ellen Johnson-Sirleaf, former president of Liberia, endorsed her presidential ambition. During the dinner, which was organised by Women in Successful Careers (WISCAR), […]

Suspected female kidnapper abducts little girl, ties her up inside bag of cement in Rivers (Photos) 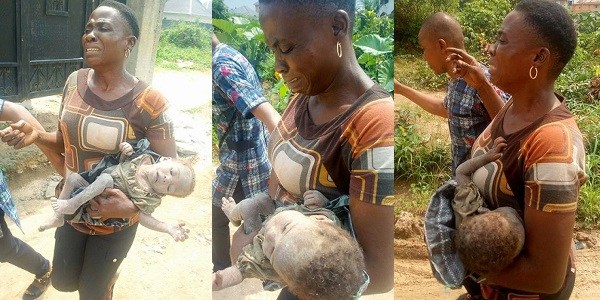 Residents of a community in Rivers state were shocked recently after a woman kidnapped a little baby girl and tied her up inside a bag of cement. Local reports show that the abducted little girl miraculously survived the ordeal even though she was tied up inside the empty bag of cement for days. According to […]