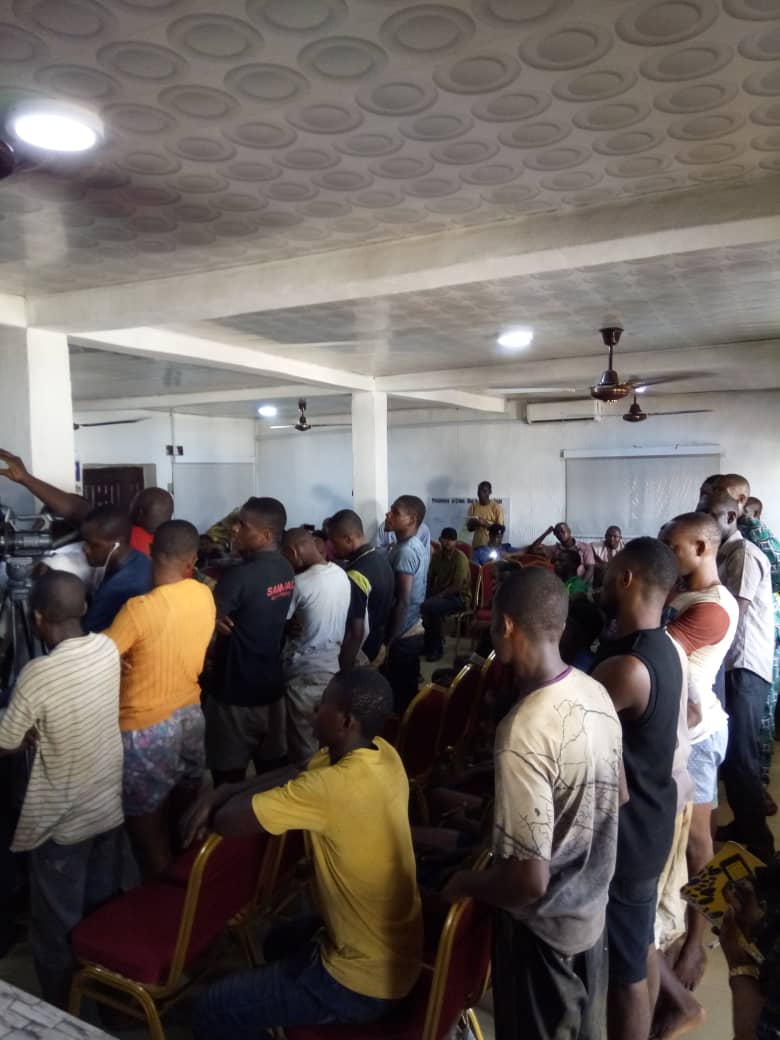 The Inspector-General of Police, Mr Ibrahim Idris has directed urgent recovery of two AK47 riffles and a Berretta piston allegedly snatched from a slain police officer and others by members of the Indigenous People of Biafra, IPOB, in Nnewi during a protest last week.

The Force Public Relations Officer, ACP Jimoh Moshood made this known in Awka on Sunday evening while parading 33 suspected members of IPOB arrested by the Anambra command.

Moshood said the IG has mandated that a thorough search be carried out and the snatched weapons recovered, while the fleeing members of the group should be arrested and prosecuted.

The FPRO said, “On 23rd November, 2018, there was intelligence report that members of the proscribed Indigenous People of Biafra (IPOB) an unlawful Terrorist organization were sighted gathering in their hundreds with dangerous weapons near Teaching Hospital, Owerri Road, Nnewi about to cause disturbance of Public Peace and public safety in the Nnewi and Environs.

“Consequently, Police Patrol teams led by the Area Commander, Nnewi, ACP Nnanna Oji Ama mobilized to the scene to prevent them from causing breakdown of law and order and mayhem, and destruction of lives and property.

“The Police Team, while proceeding to the scene came under ambush from the IPOB members, in the process, a Police Inspector was killed, two (2) other Police Officers were seriously injured and one Police Patrol vehicle was set ablaze, and the proscribed IPOB members snatched and carted away two (2) AK47 Rifles and one Beretta Pistol with ammunition.”

The arrested suspects, aged between 17 and 65 years and hailing from states in the Southeast and Delta State, were accused of engaging in terrorism, despite the proscription of the group last year.

Meanwhile, a loud protest erupted among the suspects when accusations of killing a police inspector and snatching of arms were read to journalists by Moshood.

The suspects said they were mostly traders in Nnewi market who had finished their business for the day and were about to close shop before they were arrested long after the protesting members of IPOB had left.

One of the suspects, Evangelist Sunday Ilonze said he and his servant were arrested in his shop while trying to close for the day.

“I came back from a burial and didn’t even know what had happened during the day and was ordered by some gun-wielding police officers to go into the vehicle, but I refused because I am a law abiding citizen, but they brought me here,” he said.

Most of the suspects cried all through the parade, insisting that they were innocent and should not be allowed to suffer for a crime they did not commit.

Moshood however assured that a thorough investigation would be launched into the matter, and those found guilty would be charged for terrorism.