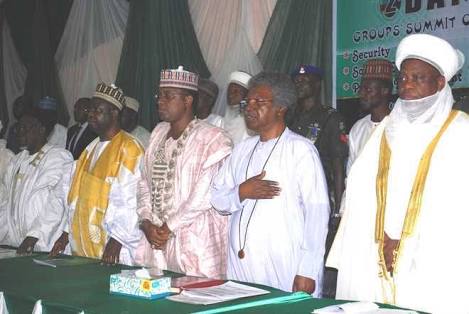 The Northern Elders’ Forum, NEF, has said it was yet to take a stand on the lingering issue of restructuring Nigeria.

Director-General of the Forum, Yima Sen was among the speakers at the Handshake Across Nigeria summit titled, ‘Nigeria beyond oil’, organised by Nzuko Umunna and The Core Federalists, which took place in Lagos on Monday.

NEF said, “As a group, the Northern Elders Forum, NEF, has met several times with the northern governors and the northern traditional rulers over the issue of restructuring and discussions are still ongoing.

“But one thing we have decided is that we are going to dialogue with our people and know what they want.

“Most often, the elites push an agenda because they think that is what those they are leading want and they usually do it out of pride and arrogance.

“We need to move from the level of sentiments to the scientific. It is important that when such important issues are discussed, the elites should be humble enough to ask their people what they want and that is what we are doing.

“We are not going to decide for our people whether they want restructuring or not. We are going to ask them and listen to what they have to say.”