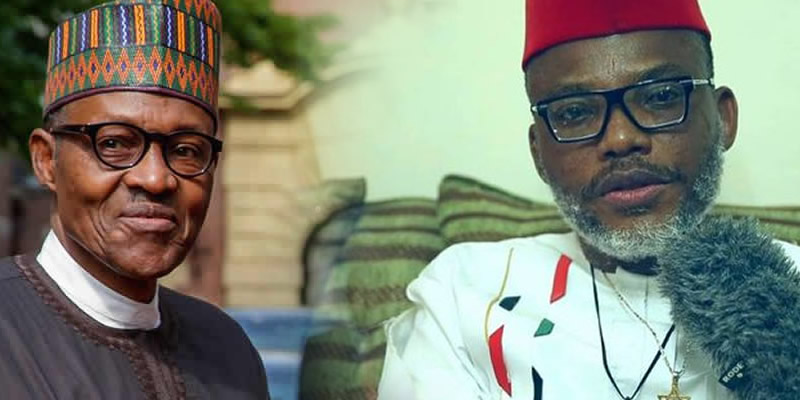 Leader of the Indigenous People of Biafra, IPOB, Nnamdi Kanu, has claimed that the Nigerian Diplomat who was murdered in Sudan was killed for his involvement in the recruitment of Jubril Aminu who he alleged was transformed to replace ‘dead Buhari’ in London.

The IPOB leader, who promised to shock Nigerians with his revelation of how Jubril Aminu was transformed to replace ‘dead Buhari’ disclosed this in a tweet on Sunday.

While sympathizing with the family of the deceased, he urged the Sudanese Police to uncover the person in Aso rock, behind the death of Habibu Almu.

Kanu tweeted, “My heart goes out to the family of Habibu Almu the diplomat brutally murdered in Sudan over his involvement in the recruitment of Jubril the impostor.

“He’s gone but truth cannot be killed. Sudanese police/Interpol must uncover who in Aso Rock did this & bring them to justice.”

Meanwhile DAILY POST had reported that the Ministry of Foreign Affairs in May disclosed that the Nigerian immigration attaché, Mr. Habibu Almu, who was murdered in Khartoum, Sudan on May 10, was killed by a Sudanese woman of Nigerian origin.

The ministry’s spokesperson, Dr. Tope Elias-Fatile, in a statement in Abuja, alleged that the suspect, a student of the Sudanese-Canadian College in Khartoum, murdered Almu in his official quarters.