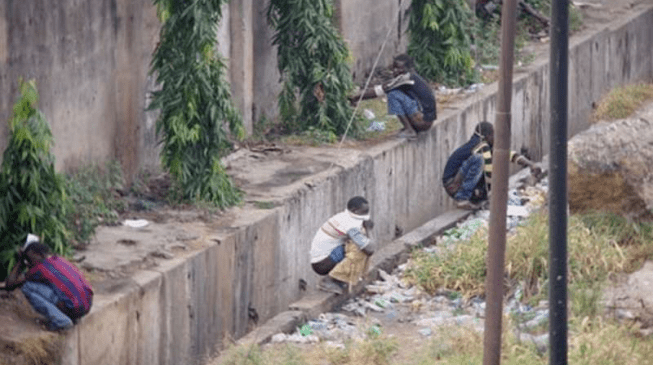 Nigerian Government on Thursday commenced a National Campaign to end open defecation practice across the country.

The campaign comes on the heels of a recent report indicting Nigeria as the second worse country in the world after India that still practices Open Defecation.

Adamu said: “I was in India recently, the country has been mobilised on the issues of sanitation and open defecation. It is a civil responsibility on all of us.

“They have not only stopped to defecate in the open, they are also re-cycling their waste products; they have transformed within three years.

“In the last three years, they have built 80 million toilets; we need this kind of quantum leap in this country.

“By next year, wherever you go in the world, you will hear that Nigeria is number one in open defecation, and that is a national shame we must not allow to happen.”

The minister however, revealed that the Federal Government would soon enter into technical cooperation with India to salvage Nigeria’s situation.

He said that President Muhammadu Buhari’s recent launch of the National Action Plan was a new beginning for the country to achieving an open defecation-free status.

He noted that the launch would bring about purposeful collaboration in all activities to achieving access to potable water, sanitation and hygiene for all Nigerians with a renewed commitment towards defecation free nation by 2025.

He said: “If this is not done, we stand the chance of taking the centre stage of open defecation countries when India would have exited by mid-2019.”

The Permanent Secretary, FCT Administration, Chinyeaka Ohaa, while welcoming the delegates, noted that the role of access to potable water plays in the nation’s development could not be overemphasised.

Ohaa said it was important for all tiers of government to accelerate water supply, sanitation and hygiene, as it was a requirement for meeting the Sustainable Development Goals by 2030.

He said: “There’s the need for an increased investment in the water supply, all hands must be on deck, the time has come for us to work and not to talk.”

The News Agency of Nigeria reports that the theme of the meeting is ‘Increased Investment for Accelerated Coverage of Water Supply and Sanitation in Nigeria’.