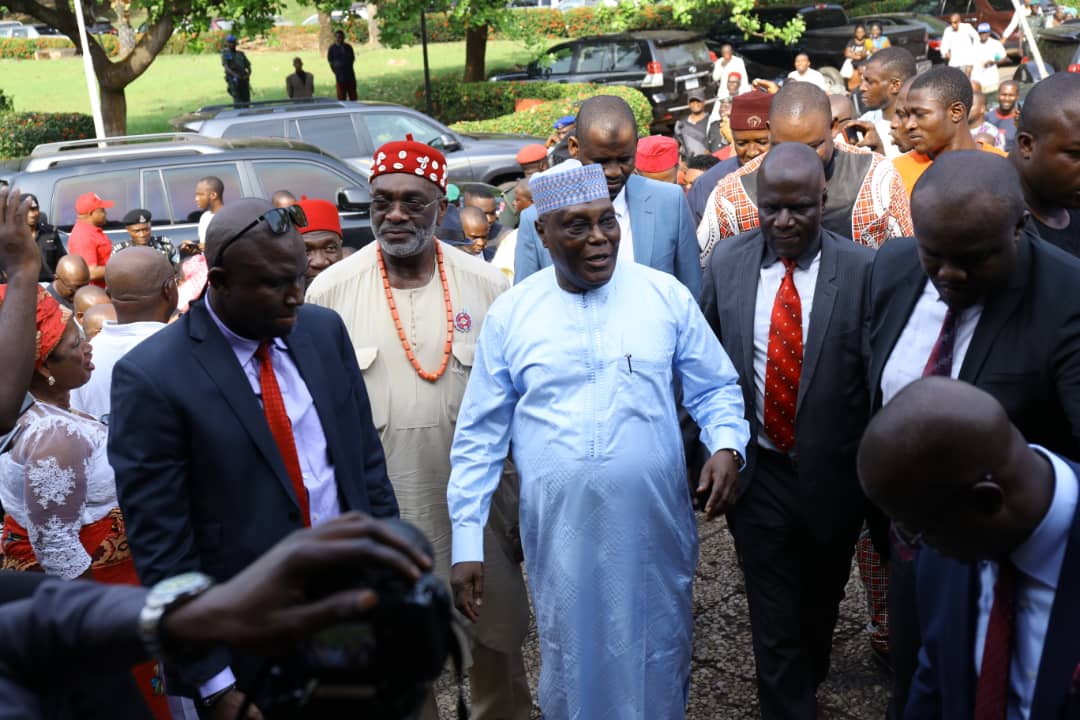 The decision was taken in Enugu by Southeast elders, comprising political, traditional and religious leaders as well as women groups.

They okayed the joint presidential ticket of Atiku Abubakar and Peter Obi.

In a five-point communique issued at the end of the summit with the theme “Ndigbo 2019 and Beyond” held in Enugu, the leaders said that the position was based on the restructuring agenda put on the table by Atiku/Obi, which four zones of the country had agreed on.

“The Igbo people of Nigeria held a 1 day non-partisan and inclusive Summit convened by Elders, Traditional and Religious leaders on Wednesday 14thNovember 2018 to consider Ndigbo’s place in the polity especially in light of the forthcoming 2019 elections.

“The summit deliberated on the State of Ndigbo in Nigeria today especially after years of exclusion from the center. This country has never been so divided as it is today. We Igbos have always yearned for a level playing field with justice, equity and fairness.

“The Summit recognized the nomination of His Excellency Mr. Peter Obi Former Governor of Anambra State as the Vice Presidential Candidate of the PDP and fully endorses this nomination. It was acknowledged that this nomination puts Ndigbo back in the center of governance. It is therefore important that Ndigbo should rally behind the Atiku/Obi ticket.

“We identify with the Atiku/ Peter Obi ticket on the restructuring agenda as has been reiterated by 4 zones of the country namely: South South, South West, North Central and South East. We believe that as long as the federating units remain weak the center will continue to be weak. We equally move to appreciate the position of the Atiku/Obi ticket in promoting national unity.

“In conclusion, the Summit reiterated that the time is now for Ndigbo to mobilize and organize effectively to realize the Atiku/Obi ticket. We are not campaigning against anybody, we are simply campaigning for our very survival. Igbo votes must count wherever Ndigbo live in Nigeria.”