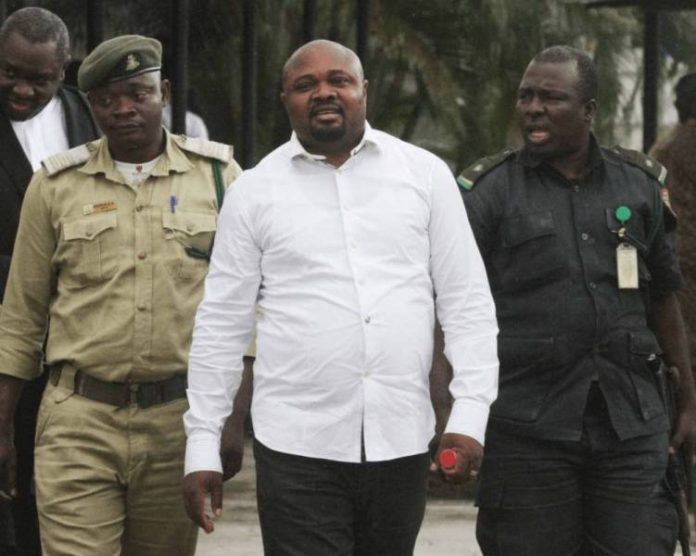 A Federal High Court In Lagos, on Monday, fixed Nov. 15, to take arguments on an amended charge filed by the Economic and Financial Crimes Commission (EFCC) against a former aide to President Goodluck Jonathan,

Waripamo-Owei Dudafa. is charged alongside one Iwejuo Nna, on charges bordering on N1.6 billion fraud.

EFCC arraigned the accused on June 11, 2013, before Justice Mohammed Idris on 23-counts of conspiracy to conceal proceeds of crime amounting.

They had pleaded not guilty to the charges and were granted bail.

The prosecution closed its case on March 16, but the accused opted to make a no-case submission in its defence and urged the court to dismiss the case, on the grounds that the prosecution failed to establish any case against them.

Justice Idris in a ruling delivered in August, dismised the no case submission of the accused, and ordered them to open their defence.

Defence had since opened its case, after which the court adjourned for adoption of final written addresses.

Meanwhile, on Monday, the prosecutor, Mr Rotimi Oyedepo, informed the court of an amended charge against the accused, and told the court that same had been served on defence counsel.

He told the court that the amendment was not prejudicial, and urged the court to accept same and cause the respective pleas of the accused to be taken.

In response, defence counsel, Messrs Gboyega Oyewole (SAN) and Ige Asemudara, respectively, resisted the move by prosecution, on the grounds that they had not studied the amended charge.

Asemudara, specifically, told the court that he had just seen the amended charge since he was away when prosecution informed him of same.

READ  George Floyd and officer who kneeled on his neck had worked at same nightclub, former owner says

He told the court that he required time to study same.

Oyewole on the other hand, told the court that he also needed time to go through the amended charge, as the amendment may be over reaching, adding that defence counsel was mindful of its effect on the accused.

He prayed the court for an adjournment

After listening to counsel, Justice Idris adjourned the case until Nov.15, to hear arguments on the charge.

The court held that the outcome of the court’s ruling, will then determine whether the adoption of final addresses will proceed thereafter.