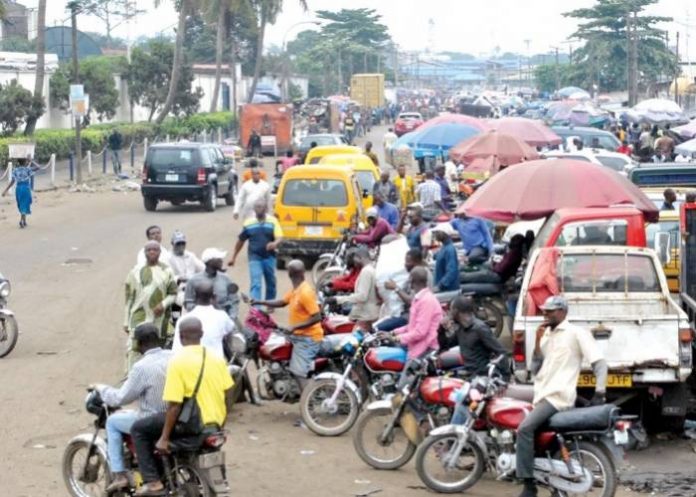 Traders at Ladipo Market in Lagos have appealed to Gov. Akinwunmi Ambode to construct pedestrian bridge at Toyota Bus Stop to stop people from being knocked down while crossing Oshodi/Apapa Expressway.

The traders spoke through the President-General of the market, Mr Jude Nwankwo, when the Lagos State House of Assembly Committee on Commerce and Industry visited the market on Saturday.

The News Agency of Nigeria (NAN) reports that the House committee was led by its Chairman, Mr Jude Idimogu, representing Oshodi-Isolo Constituency II in the Assembly.

Nwankwo implored Lagos State Government to also expedite action on the ongoing road rehabilitation within the market, saying their customers found it difficult to access the area.

He said that there were 45 market associations in the market, adding that commercial activities had been adversely affected due to poor state of the market’s inner roads.

“We need a pedestrian bridge at Toyota Bus Stop as thousands of our traders’ live on the other side of the road.

“Many have died in the course of crossing over the Apapa/Oshodi Expressway on their way back homes (after shopping at the market).

“We also call for construction of public toilets in the market; we have resolved to see to the maintenance of the road and toilets once constructed.

“We appreciate Gov. Ambode’s feat in the state and especially in Ladipo but it is important that works on the road construction is hastened up, to ease our business here,” Nwankwo said.

In his response, Idimogu, representing Oshodi/Isolo Constituency II in the Assembly, said that the oversight visit to the market was sequel to the directives of the Speaker of the House, Mr Mudashiru Obasa, to ascertain challenges being faced by traders.

The chairman said that the construction of a pedestrian bridge at Toyota Bus Stop was important to prevent unnecessary death of pedestrians crossing the expressway.

According to him, Ambode has assured that the bridge will be constructed once the government finishes the Airport Road.