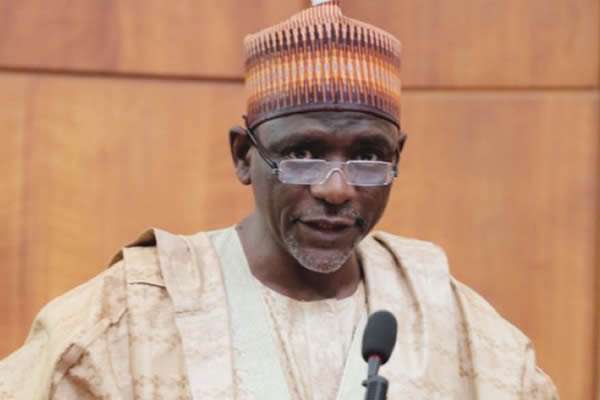 The failure of 24 states to access the intervention fund from the Universal Basic Education Commission (UBEC) meant for educational development of children across the country has left child education in a state of arrested development.

Nigeria has one of the highest numbers of out-of-school children in the world, yet despite this alarming statistics and efforts of the federal government to boost school enrolment, the failure of many states to access the funds has constituted a huge setback to the quest to deliver quality education to the average Nigerian child.

Last October, a survey by the United Nations Children Fund (UNICEF) and the federal government revealed that the population of out-of-school children in Nigeria had risen from 10.5 million to 13.2 million.

The UBE Programme, which was introduced in 1999 by the federal government as a reform programme to provide greater access to, and ensure quality of basic education throughout the country, through uninterrupted access to nine-year formal education, which include six years of primary education and three years of junior secondary education, as well as providing Early Childhood Care Development and Education (ECCDE), has been questioned by many experts in terms of whether it has really satisfied its mandate.

However, one of the major challenges of the programme over the years is the inability of many state governments to wholeheartedly embrace the strategies adopted by the commission in promoting early child education in Nigeria.

While the state of basic education in the country remains in the doldrums, the majority of states in the country are not showing any interest to access the funds meant for child development and national growth.

The failure of states, for instance, to access the UBEC intervention fund is one way this is demonstrated. The latest data obtained from the Universal Basic Education Commission (UBEC) show that as at October 31, 2018, a whopping N51 billion had not been accessed by states.

Further giving the breakdown, Sunday that the entire South East states, which include Abia, Anambra, Ebonyi, Enugu and Imo, had not touch the 2017 grants totally over N6,431,715,917.75.

“The lack of political will by some governors to make available their matching grants has stunted the growth of basic education in the affected states in particular and the country in general.

“They are not doing anything and it is affecting the target of achieving universal education. It is only when they access the access that you can talk of achieving the universal basic education target.

“Already in Nigeria we are lagging behind and the implication of some states refusing to access the UBE funds is posing a threat to the development of education in the country,” he said.

Sunday’s investigation reveals that many governors may be shying away from accessing these funds because they are required to provide a half of the grant as counterpart funding in addition to showing proper accountability to the utilisation of the funds before they can access another one.

Some members of staff of the commission, who preferred anonymity, disclosed that in order to reduce the high failure rate of accessing the matching grant by states, the commission had been embarking on advocacy visits to state governors and other relevant stakeholders, making presentations at the National Executive Council (NEC) meetings and at Governors’ Forum meetings, and making publications in national dailies to enlighten them about the need to utilise the funds.

But despite all the efforts and the importance of early childhood educational development, coupled with its critical contribution to the attainment of Sustainable Development Goals (SDGs) as well as the realisation of Education for All (EFA) objectives, the state governments have continued to show low appetite towards achieving this mandate.

Sunday reports that early child education is facing serious setback in the country, especially in the North where millions of school age children roaming the streets during school hours is a normal sight.

The dearth of facilities to support basic learning also makes mockery of government’s much talked-about desire to improve the fortunes of education, especially at the grassroots.

In a telephone interview with our correspondent, the chairman of Cross River State Education Board, Dr Stephen Odey, urged states to access these funds for the development of education in the country, saying it is in their own best interest to do so.

Odey, who spoke on the impact of the fund, disclosed that Cross River State was one of the few states to access their fund up to date.

He commended the state governor for providing the state’s counterpart funding in order to access and utilise the UBEC fund.

UBEC’s executive secretary, Dr Hamid Bobboyi, who represented the minister of education, Malam Adamu Adamu, at a recent workshop in Kaduna, announced that by August 2018, N71,292,316,087.84 being outstanding unaccessed FGN/UBE matching grant by states had been deducted at source from the amount accruing to states under the Paris Club refunds.

He confirmed that in the coming weeks, UBEC shall be disbursing N142,584,632,175.68 to support educational development in the states, even as he urged prudent utilisation of the funds in order to achieve the stated purposes.

Findings revealed that several stakeholders in the sector have questioned the states for their inability to access the funds despite the dwindling state of education in the country.

To Isaac Moji, Principal, Santus Lumen Christy College, Abuja, there is no way Nigeria will get the desired development when interest is not being given to education, both at the federal and state levels.

While urging the states yet to access the fund to try and do so, he added that accessing the funds is for their own interest.

“If soft measures are not working, let the government use other means to get states access the funds,” he suggested.

A recent report from the United Nations Children’s Fund (UNICEF) indicated that Bauchi State had the highest number of out-of-school children with 1.1 million, followed by Katsina State with 781,500.

Sadly, both states are yet to access their 2017 UBE funds.

When our correspondent visited him at the national headquarters in Abuja, a UBEC director lamented that some educationally backward states like Adamawa and Yobe have their funds lying idle at the commission from 2016 to date.

According to the data made available on Sunday by the commission, states like Enugu, Kwara and Ogun have not accessed their funds from 2014 to date.