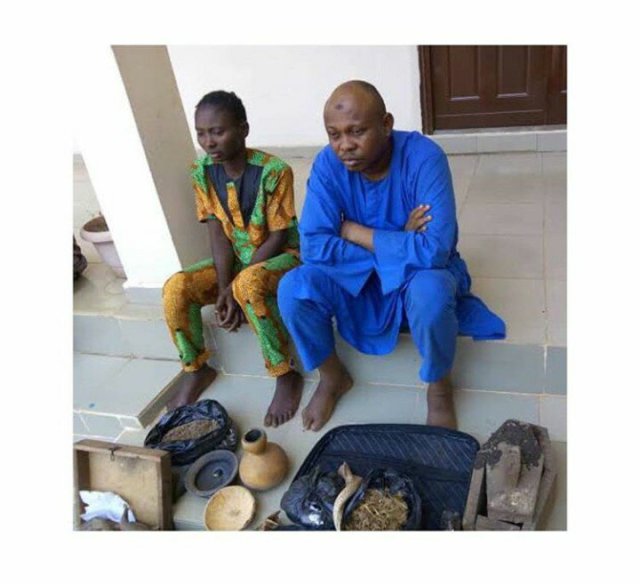 A herbalist, identified as Salaudeen Ibrahim and a female hospital attendant, Fatima Suleiman have been arrested for stealing a new born baby’s placenta in Kwara state.

According to TheNation, the state Police Commissioner, Kofowora Bolaji, said the attendant sold the babies placenta after the doctor gave it to her.

During an interview with newsmen, the herbalist Ibrahim said:

“I read Islamic Studies from the Al-Hikmah University, Ilorin. I graduated in 2016. A month ago, she came to me to ask if baby placenta can be used for ritual purposes and I answered in the affirmative.

And that was the last thing I discussed with her. And she left. Because she is an attendant in a hospital she told me that some people would leave their baby placentas for them to throw away.

Later, I had even forgotten and she came with one about five days ago. She dropped the placenta, after her departure something told me to call her to come and take it away, and that I would not do the ritual.

I called her to come and pick it away she refused to, not until she called me that the incident had been reported at the police station. Not to be implicated, I packed the placenta and threw into a nearby river. I thought, with that, I would get myself out of trouble but here am I.”