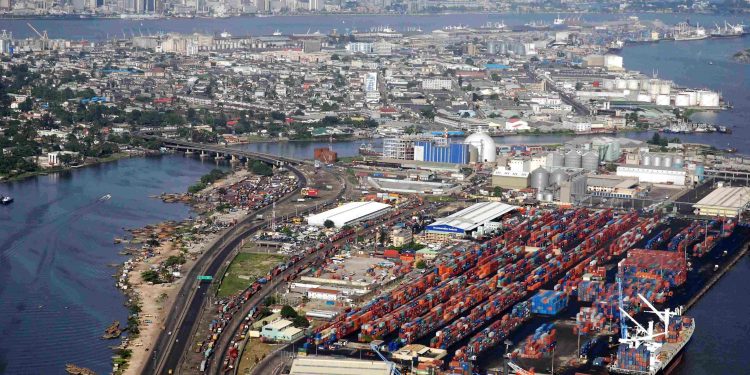 They charged the federal government to engage the services of the Nigeria Railway Corporation to provide an alternative route to the gridlock situation.

The six governors in the South West Governors Forum have jointly expressed concerns over the gruelling Apapa-Lagos Road gridlock.

They called on the Federal Government to be proactive in proffering urgent solutions to the heavy traffic jam on the ever-busy road.

The governors also lamented that the persistent heavy traffic on the Apapa Road has continued to have adverse effects on the economy of the region and that of the country at large, stressing that the road has become a nightmare for commuters.

They charged the federal government to engage the services of the Nigeria Railway Corporation (NRC) to provide an alternative route to the gridlock situation.

They also urged the federal government to enhance the NRC’s capacity to use rail facility for the evacuation of goods from the port to alternative terminals away from Apapa.

The governors called on the federal government to create an alternative route from Apapa to Ibafo and noted that creation of an alternative route would mitigate the effects from the daily heavy traffic on the economy as well as well relieve the road users of the trauma.

They urged the government to revive the designed alternative routes linking Tin Can Island through Tomoro Island to Ibafo in Ogun State, and noted that the alternative routes would provide permanent solution to the Apapa gridlock.

The meeting was put in place by the Development Agenda of Western Nigeria Commission (DAWN).

Governor Kayode Fayemi of Ekiti was represented by the Secretary to State Government, Biodun Oyebanji.

However, Governor Rotimi Akeredolu of Ondo and his Ogun counterpart, Ibikunle Amosun, were absent and were not represented.

Addressing the closing session of the meeting, Aregbesola called for total overhauling of Nigeria’s constitution to enhance regional development and remove inhibitions to barriers militating against economic and investment drives of the region.

Aregbesola renewed his call for the restructuring of the country and said he believes in the federal system of government to accelerate the development of each region.

In his address, Adeyemo said: “Western Region must come back to the old region which was the first among other religions. We can hinge on agriculture, make use of the land in the absence of oil for the development of our region.”