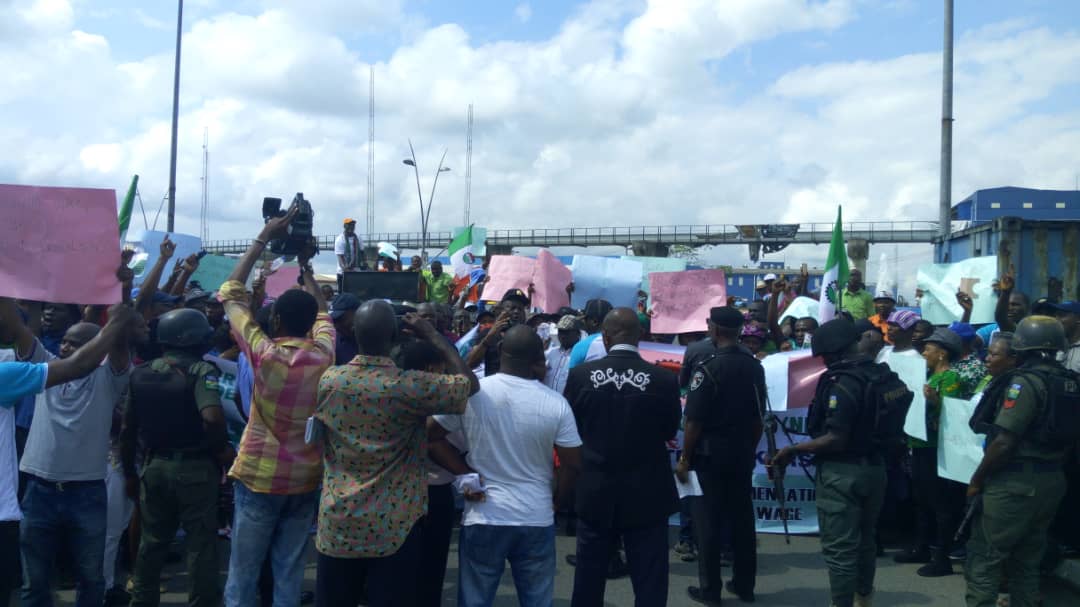 The Nigerian Labour union has said it will not back down on its threat to embark on a nationwide protest over the National minimum wage.

The leaders of the Nigerian Labour Congress, Trader Union Congress and the United Labour Congress with their members marched from their NLC office at DLine to the Rivers state Government House to register their protest.

Speaking at the gate of the government in Port Harcourt, National Vice President of the United Labour Congress, Igwe Achese said they were at the government House to pass their protest message to Governor Nyesom Wike.

“The only thing that can abort this strike is if they agree to our terms. Until that is done, there is no going back.

“Our message is for Nigerians to begin to stockpile their homes with foodstuff because this strike, when it begins, it will not end until the Government meet our demands,” Achese said.

Also speaking, the chairman of the River state council of the NLC, Beatrice Itubo reiterated that the economy of the country will be shut down on November 6 if their demands were not met.

No official of the state government came to address the protesting workers.