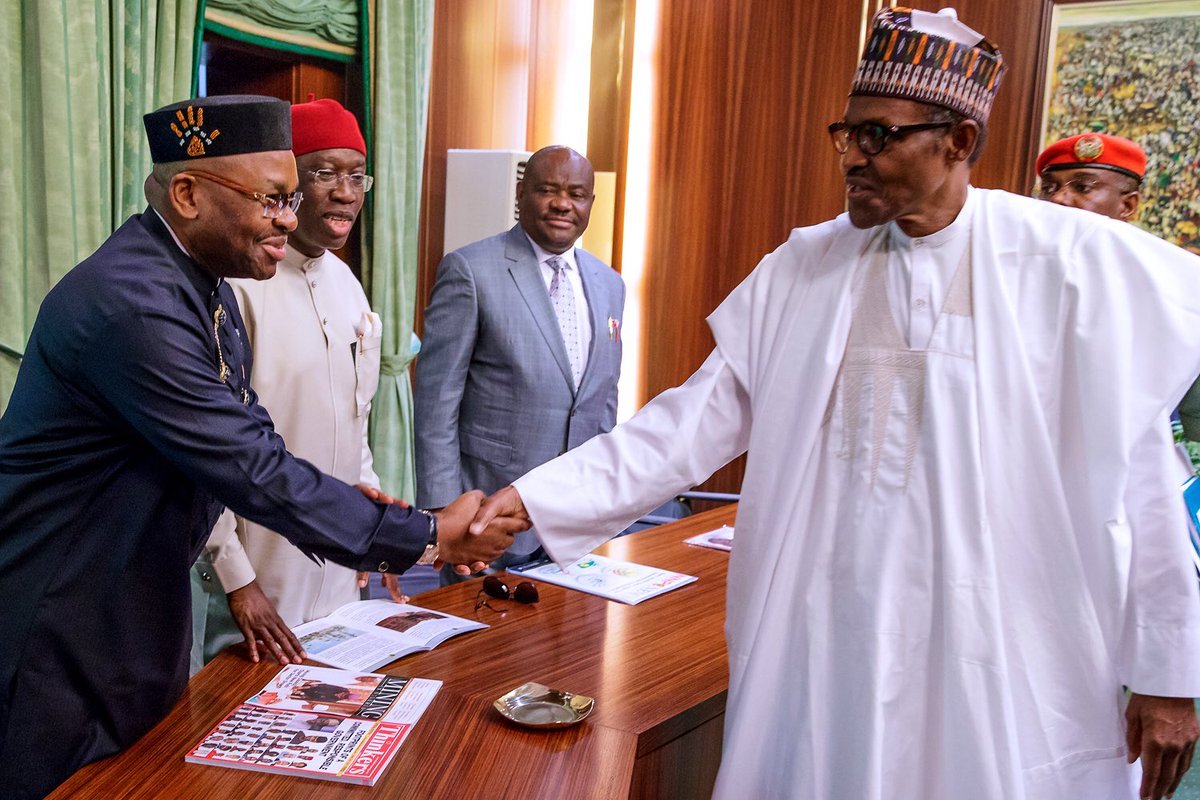 President Muhammadu Buhari, on Tuesday met behind closed-doors with State Governors from the South-South geopolitical zones, at the Presidential Villa in Abuja.

Four out of the six Governors of the zone were present in the meeting which lasted about one hour.

They were reluctant to talk to State House correspondents afterwards, but in a brief answer to the reason behind their meeting at the Presidential Villa, Governor of Bayelsa State, Siriake Dickson who spoke on behalf of others simply said, “My colleagues and I came to have audience with the President, to discuss issues pertinent to our country and also pertinent to our respective states.

“We had a robust and fruitful discussion with the president and he promised to look into it in anyway possible.”

When pressed on the area of discussion, Governor Dickson added, “We don’t want to go into those details.”