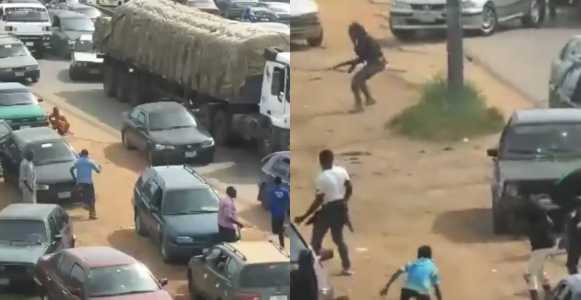 A statement from the Army released earlier today, said the sect members who were supposedly in a procession in the Federal Capital Territory, mounted an illegal road block during their procession thereby denying motorists free passage.

When the troops’ convoy attempted to clear the road block, they met stiff opposition from the sect. Members of the sect used various objects to barricade the road and also pelted the troops with stones and other dangerous items. They smashed both military and civilian vehicles’ windscreens and windows.

They also attempted to overrun the escorts to cart away the ammunition and missiles the troops were escorting. This led to the troops opening fire to extricate themselves.

Consequently, troops of 102 Guards Battalion in whose Area of Responsibility the incident occurred rushed to the convoy’s rescue.

Unfortunately, during the encounter 3 members of the sect were killed while 2 soldiers sustained various degrees of injuries and are being treated at a military medical facility.

Watch a clip from the scene of the clash below;