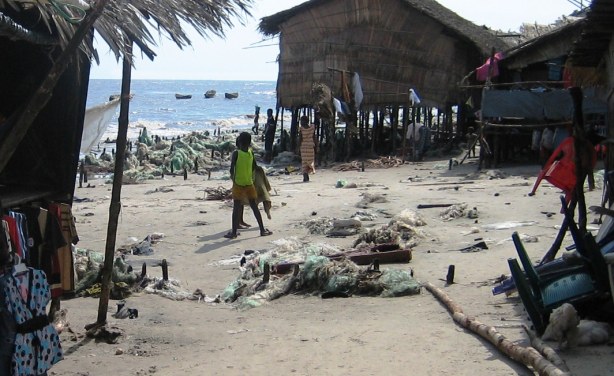 Hon Ayi told journalists on Saturday that dozens of Bakassi people have passed on due to terrible conditions they were subjected to.

He said nobody fought Bakassi issue more than himself, recalling that in 2004, he moved his first motion in the National Assembly, which was the stopping of the ceding of Bakassi. This motion generated so much heat and attracted international attention, he said.

Hon Ayi maintained that because of that motion, the ceding of Bakassi was delayed for two years, but it was eventually ceded in 2006 amid tears by the people of Bakassi. “The day they handed Bakassi to Cameroon, I was there, I saw people crying; these are the people we speak the same dialects” he said.

Regrettably, he noted that the Bakassi that was ceded did not have the domestication of the National Assembly as stated by the Section 5 of the Nigerian Constitution that said before any part of the country is ceded, it must have the domestication of the National Assembly, “That alone was enough to impeach the then President Obasanjo if we were to be in advance country” he stated.

Consequently, he pointed out that after the ceding he moved a motion for the speedy re-settlement of the people.

He said, “There was no proper re-settlement. There was three resettlement committee, one was headed by the former governor of Cross River State, Mr. Donald Duke, Senator Bassey was a member, I was a member of a subcommittee to do the census of those who want to come back, Bassey Andem was the Chairman of that sub-committee.

“We submitted our report and after that we did not hear anything again. The next we heard was that N1b was released from the contingent of the President and state government then (Not Ayade Government) said she spent N450m for road to the resettlement camp.

“The rest of the money was alleged to have been used for the cable car in Marina resort. A second resettlement committee headed by Florence Ita Giwa was set up but I never saw anything.

“Another committee was set up and the deputy governor, Efiok Cobham was the head but nothing was heard up till today, the people are still been settled at IDP camp in a school in Bakassi with terrible condition of living” he fumed.

However, he noted that there was a provision for reviewing of the Judgment after 10 years, and a motion was moved in the Senate, and the stakeholders were asked to come to Abuja, he went.

“We all moved to Abuja and brain stormed with a view to meet the dead line of filling our papers at the International Court, October 12 but the Attorney General frustrated that efforts saying the time was too short, the matter died there.

“I thought of another option, which was referendum, let the people of Bakassi decide where they want to stay, whether they want to stay in Cameroon or move to Nigeria. I moved a motion for the referendum, it was a heated debate, we succeeded but the Attorney General killed the dream again.

“I now said, what was the next step, the ten years have passed, the referendum is gone, let us create a commission so that the people can have a place to stay for 10 years, at least to enable government put adequate infrastructure facilities in place for them.

“That was to be done through the Bill titled Bakassi Development and re-integration Commission. This Bill was to enable government provide infrastructures facilities.

“That is, in Education, government would provide N3b to put the schools in order in Bakassi, N3b for building of houses, N3b for health, (Building of health institutions), N3b for roads etc and by the time we put in N15b in a year for a period of 10 years, we will have a complete new Bakassi.

“That is where we are now, the bill has gone for second reading, but was not read yet because of the break, immediately we are back from break it would be read, the Bill is called Bakassi Development and re-integration Commission” he stated.