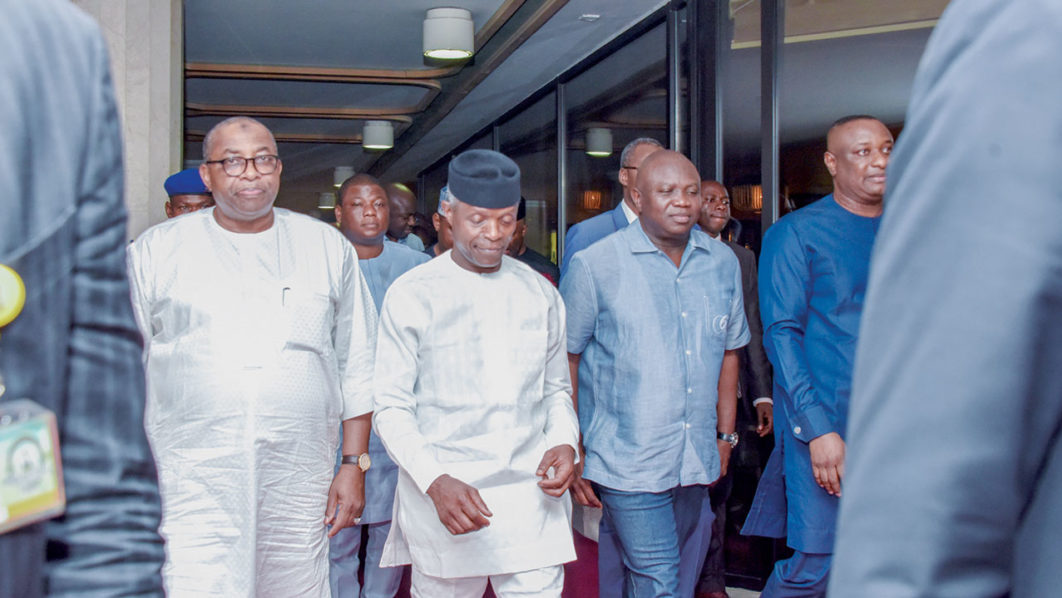 The duo spoke at an event organised for entertainers and tagged ‘An Evening with the Vice President’, held at Eko Hotels and Suites, Victoria Island, which was attended by scores of entertainers, including actors, comedians and musicians.

In his remarks, Ambode said the state had always been the hub for entertainers and would continue to support the industry to grow its Gross Domestic Product (GDP). He also called for synergy between government and entertainers in order to create a convergence to grow the economy of not just the state, but also Nigeria.