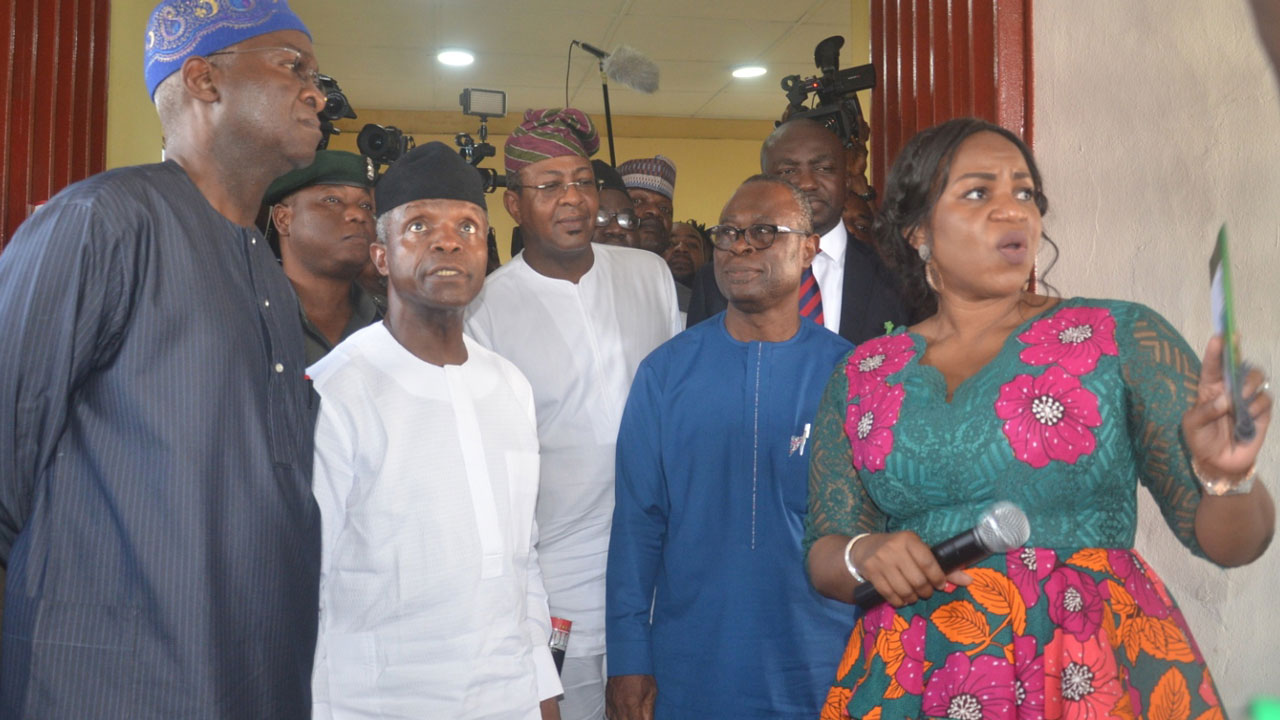 In a bid to solve the problem of insufficient power in the nation’s private sector, the vice president, Prof. Yemi Osinbajo has commissioned a 1.5Megawatt independent power project at the Sura shopping complex in Lagos.
According to him, the project, which has the full support of the Federal Government through its energising economic initiatives, is a way to empower the small and medium business enterprises in the country.

The VP noted that the best way to fuel the small and medium scale businesses was to give them facilities like funds which the government’s Market Money initiative is tackling as well as providing power.

He said apart from the Sura market complex which houses about 1,047 shops that have started enjoying off grid power for 70 days now, 13 other markets are waiting to be connected off grid.

The ultimate goal of these off grid projects, he said, was to stimulate national growth, hence, “it is pertinent to fight corruption in the course,” Osinbajo said, emphasising that the greatest problem the country is facing is the issue of corruption because, according to him, “many funds looted by past government would have been used to develop the small and medium scale businesses which is the engine of the economy. Corruption is by far the biggest problem Nigeria has and not religion or ethnicity.”

The Minister of Power, Works and Housing, Babatunde Fashola said the mini grid policy by the federal government that birthed the off grid project was a way to democratise access to power and for the people to make their choices of connections.

The minister who was optimistic about privitisation working in the power sector said amid challenges like court cases, different disputes, the Sura Independent Power Project was a success. The EkoDisco whose franchise covers the complex wouldn’t have to bother again as just about one megawatt of off power has resolved the problems of over a thousand shops.

In his address, the Chief Executive Officer of Sooad Power Holdings (the company that handled the project), Denis O’Brien stated that the Sura independent power project consists of a dedicated 2KW 11KV distribution network from the island independent power plant and it’s designed to satisfy approximately 1.5 MW of power demand.

O’Brien remarked that the project which has led to the decommissioning of over 700 generating sets in the complex, has metered every shop.