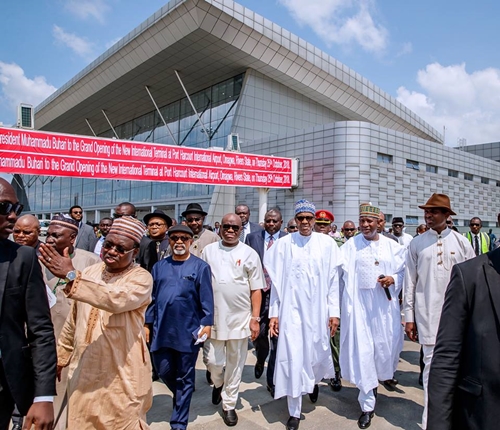 President Muhammadu Buhari on Thursday, October 25, 2015, inaugurated the new terminal at the Port Harcourt International Airport – a project which is one of four built with a $500million loan taken from China in 2013.

The President arrived Port Harcourt around 12:30PM, and was received by Rivers state governor, Nyesom Wike.

See more photos from the event below;