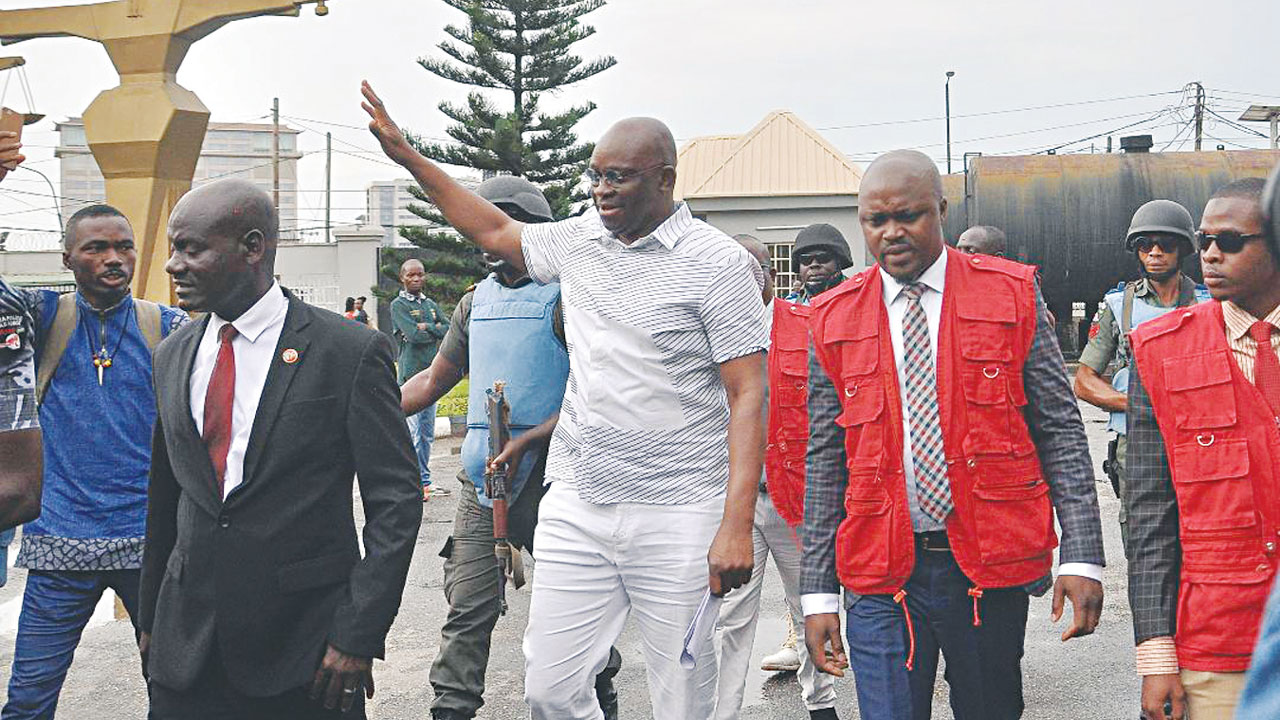 The trial judge granted him the reprieve in N50 million after entertaining arguments from the prosecuting counsel, Rotimi Jacobs (SAN), and his defendant colleague, Kanu Agabi (SAN).

Fayose is being tried alongside his company, Spotless Investment Nigeria Limited, and one Abiodun Agbele who was absent on an 11-count charge.

He had pleaded not guilty to the charges and the court subsequently adjourned for hearing of his bail while remanding him in the custody of the anti-graft agency.

When the case came up for hearing, Agabi, who was Minister of Justice and Attorney General of the Federation (AGF), told the court that his client would not jump bail, as he was eager to see to the expeditious end of the case.

He reminded the judge that the ex-governor willfully submitted himself at the expiration of his tenure.

The lawyer therefore urged the court to grant Fayose bail on self-recognition.