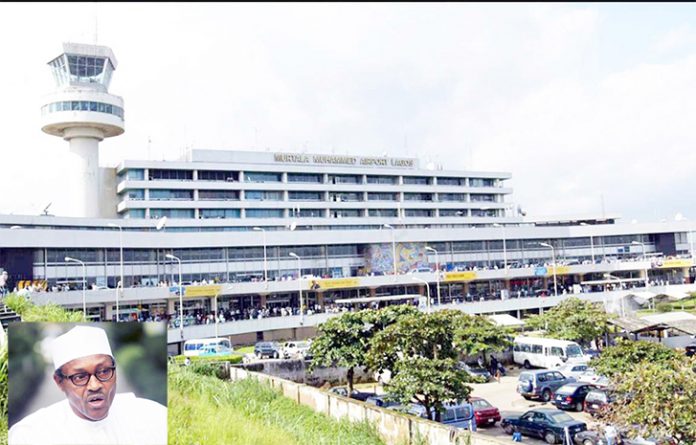 The Federal Government last week banned 50 persons from travelling abroad over alleged corruption cases. The ban was said to have followed a directive by President Muhammadu Buhari on the full implementation of Executive Order 6.

The ban was announced through a statement issued by Garba Shehu, the Senior Special Assistant (SSA) on Media and Publicity.

Shehu’s statement reads: “Following the instant judicial affirmation of the constitutionality and legality of the Executive Order 6 (EO6), President Muhammadu Buhari has mandated the Attorney-General of the Federation and the Minister of Justice to implement the Order in full force.

“To this end, a number of enforcement procedures are currently in place by which the Nigeria Immigration Service and other security agencies have placed no fewer than 50 high profile persons directly affected by EO6 on watch-list and restricted them from leaving the county pending the determination of their cases.

“Also, the financial transactions of these persons of interest are being monitored by the relevant agencies to ensure that the assets are not dissipated and such persons do not interfere with, nor howsoever corrupt the investigation and litigation processes.

“It is instructive to note that EO6 was specifically directed to relevant law enforcement agencies to ensure that all assets within a minimum value of N50 million or equivalent, subject to investigation or litigation are protected from dissipation by employing all available lawful means, pending the final determination of any corruption-related matter.

“The Buhari administration reassures all well-meaning and patriotic Nigerians of its commitment to the fight against corruption, in accordance with the 1999 Constitution (as amended) and the general principles of the Rule of Law.

“Accordingly, this administration will uphold the rule of law in all its actions and the right of citizens would be protected as guaranteed by the Constitution.

“We, therefore, enjoin all Nigerians to cooperate with the law enforcement authorities towards ensuring a successful implementation of the Executive Order 6 which is a paradigm-changing policy of the Federal Government in the fight against corruption.”

Since the ban, a lot of Nigerians have been wondering about the constitutionality of the ban, especially when some lawyers are already in court with the government over the legality of Executive Order 6.

David Ibude Okhaifo, Benin-based human rights lawyer, said: “The President should be reminded that he was elected by the people of this country after which he took an oath to protect and preserve the right of every citizen as entrenched in Chapter 4 of the 1999 Contribution (as amended) which guaranteed the fundamental human rights of Nigerians that he sworn to uphold.

“The president should also be reminded that he should learn to draw a line between military Head of State, which he was, and an elected president. What he is doing now is not different from what he did in 1984 with Degree Number 2.

“The president’s action since he assumed office is an eye opener to all Nigerians to ponder on whether they will ever elect a retired military officer to rule them. This is a man who promised Nigerians heaven on earth in 2014 and instead of apologising to the citizens of this country for failing to deliver on his promises, he decided to add salt to their injuries.

“He should be told to stop using Executive Orders because the country is not in a state of emergency. His action is a usurpation of the role and function of the judiciary. He should also be told that if he is not protecting the lives and property of the citizens, he should allow them to move freely as free citizens of this country.

“Finally, he should be told that any President using Executive Orders to run his government is a failed ruler because for him to be brandishing Executive Orders, it shows that the people who elected him are no longer with him, which is an admission of failure.”

Comrade Kindness Jonah, Zonal Coordinator of Voice from the East (VEAST), said that the Executive Order 6 is unconstitutional as it did not emanate from any court of law and not discussed by the National Assembly.

He said that President Buhari was being hypocritical by attempting to use the Order to portray himself as an ant-corruption fighter, “whereas he remains the arbiter of corruption himself.”

Jonah stressed: “It is unconstitutional. It did not emanate from a court of law, neither was it discussed in the National Assembly.

“From the other perspective of cleaning the Augean stable, the legal time is always a lag fuelled by opportunists who will want the status quo ante to remain. Buhari in this wise could be given an edge for that reason.

“But, the snag is the scenario of kettle calling the pot black. This is so because Buhari wants to pose as a fighter against corruption to clean the catalogue of corruption in the country, whereas his administration is not really clean, but filled with people who have corrupt tendencies.

“So, the Executive Order 6 is a pull drag of monstrous proportion that cannot take Nigeria anywhere.”

The Travel Ban Is Unconstitutional, But…. – Buhari’s Campaigner

Ubagu, however, said the government took the decision because of some irregularities found against the people involved.

He explained: “Banning them became necessary because they may abscond if allowed to travel abroad. These prominent Nigerians were allegedly banned due to corrupt practices.

“I want to believe that banning them from travelling is a way of putting security measures to prevent them from escaping from the country. So, all the people need to do is to proof their innocence if they feel they are being maltreated by the government.

FG Has Reason To Ban The 50 People – Political Activist

Ezeakomba James Onyediri, former councillor and chairman, People’s Alliance for National Development and Liberty (PANDEL), Owerri North, Imo State, stated: “Whether constitutional or not, the question we should ask ourselves is: What informed the action of the Federal Government? Are these people guilty of one crime or the other that necessitated the ban placed on them?

“There is no smoke without fire. Whether the ban has a constitutional backing or not, the 50 people involved must have done something detrimental to the nation.

“We all agree that corruption is the bane of this nation. It has eaten deep into the fabric of our society. Yet, when a bold step is taken to tackle it, we cry wolf where there is none.”

Nzeh Hyacinth Chinyerenwa Akumba is a Youth Leader, Masses Movement of Nigeria (MMN). According to him, “The ban is most unfortunate. It is an act of despotism and highhandedness on the part of the Federal Government.

“There is no provision in our constitution that supports it. If you ban them probably because they stole our money and deposited them abroad, what of members of the National Assembly, ministers, governors, presidential aides and others? Do these people not travel abroad with our money?

“Is the Federal Government saying that the 50 prominent Nigerians are the only corrupt Nigerians? By the way, what criteria did they use to single them out?

“If they have committed any offence, they should be fried here and not to ban them from travelling abroad. Is the Federal Government saying that those of them who have business abroad and whose families are abroad should no longer visit their families abroad and operate their business?”

Moses Ogbonna, Abia State-based human rights activist, said the President has powers to make Executive Orders, but that when such orders run in conflict with the constitution, it becomes ultra vires.

He maintained that it falls within the purview of Mr. President, but that once it schemes out the right of any individual, whether highly or lowly placed, it expires instantaneously.

Ogbonna insisted that having sworn to protect and defend the nation’s constitution, which is the grand norm guiding the country, it becomes unimaginable to do otherwise.

READ  Buhari reacts to blockage of convoy in Jos

According to him, Executive Orders are in the same category as any law or Act put in place in the country, but that such acts and laws are subservient to the constitution.

He stressed: “When any Executive Order is made which affects the constitutional rights of the citizens irrespective of class, such orders should be confined to the dustbins of history because it never existed an initio.

“Any order that seeks to stop citizens from travelling out of the country without being convicted by any court of competent jurisdiction, runs at variance with the constitution because it affects the rights of the citizens and becomes null and void.

He added: “Such orders emanate from despotic administrations, especially those with military leaning. But, in a democracy it had no place and must be discontinued without much ado.”

Joseph Aderinoye, a social crusader and public affairs analyst, has expressed resentment at the Executive Order 6 issued by President Buhari banning 50 prominent Nigerians from travelling abroad, saying it is unconstitutional.

He, however, stated that the action was necessary to make the current anti-graft war meaningful.

Aderinoye said that ordinarily the order is unconstitutional, adding however that in Nigeria’s case it is necessary to ensure that criminally minded people are controlled.

He said: “As a nation, if we don’t control the menace of corruption, it will go out of hands and that is the situation that we are in this country. Inability of the government to nip criminality is a bane mitigating against growth and development of the country.”

Aderinoye maintained that when criminals still proudly move about as innocent individuals discourages people from doing good and be honest to their father’s land. “This must be stopped because criminality must not be continued to be celebrated in Nigeria. Celebrating criminality is against the anti-graft war and to make the crusade successful and meaningful, criminality must be nipped in the bud.”