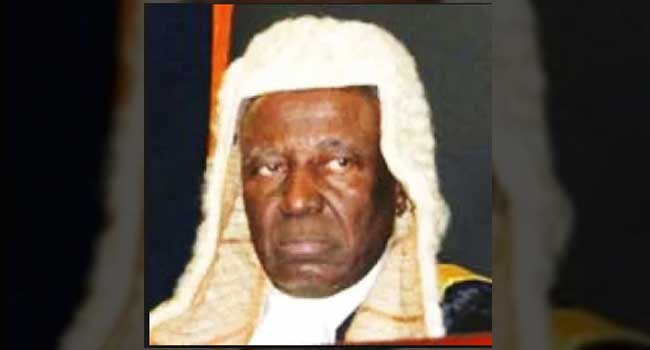 Former Chief Justice of Nigeria Idris Kutigi died in a London hospital on Sunday after a brief illness, his eldest son, Sani Kutigi has confirmed.

Kutigi confirmed the death in a telephone interview with the News Agency of Nigeria ( NAN) in Minna on Sunday.

“We are making arrangements to transport our father back for burial,”he said.

Justice Kutigi served as the Attorney General and Commissioner for Justice in Niger State until 1976, when he was appointed High Court judge.

He served in that position for more than a decade, and later joined the Supreme Court in 1992.

After 10 years at the Supreme Court, based on the recommendation of the National Judicial Council, former President Olusegun Obasanjo appointed him to the position of Chief Justice to succeed Justice Salihu Alfa Belgore, who retired on January 17, 2007.