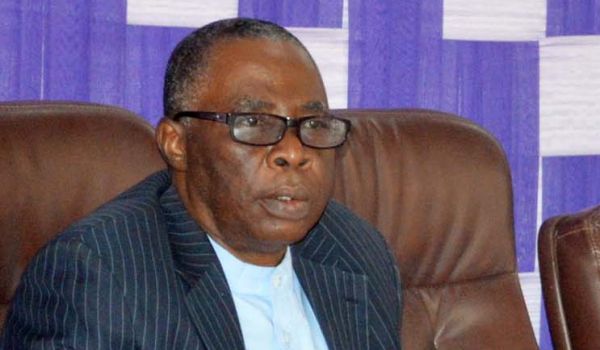 The Deeper Christian Life Ministry has warned followers against dragging the church into politics, saying it remains purely a faith-based organization.

Pastor Toyin Araromi, the State Overseer of the Deeper Life in Niger, on Sunday said the church is not a political organization and it does not involve itself in politics.

The cleric was answering a question on the role assigned Pastor William Kumuyi, the General Superintendent of the Deeper Christian Life Ministry, Worldwide, during Nigeria’s 58th Independence Day anniversary in Abuja.

Araromi said: “Our General Superintendent was invited to minister at the Independent Day celebration and he honoured the invitation.

“He also had the honour of visiting Mr President (Muhammadu Buhari) in his ministerial capacity. All that he did is what a godly leader should do.

“Recently too, on Oct. 7, the Lagos State Government organized its own form of the 58th Independence celebration at the Deeper Life headquarters in Gbagada, Lagos, which was attended by Vice President Yemi Osinbajo and some other dignitaries.

“We are not members of any political organization. Deeper Life is neutral. We encourage our members to pray for whosoever is on the throne instead of criticizing the government, because it is scriptural to do so”.

Araromi said that about 100,000 participants, irrespective of their religion or political affiliation would be guests to Pastor William Kumuyi, as he visits Suleja in Niger, for a crusade tagged: “A Night of Supernatural Connection with the God of wonders”, on Oct. 25.

He recalled that the last visit of Pastor Kumuyi to Suleja was in July 2017 when several notable miracles took place.

“The Holiness Preacher who has been a blessing to our generation is not tired. It may interest you to know that Kumuyi’s coming is timely and divine, especially at a time when the government of the day is faced with the challenges of insecurity and moral decadence, among others.

“Pastor Kumuyi is storming Suleja live, with a message of divine solutions to individual, family and national problems. He is bringing the message of love, peace, unity and progress.

“So we urge the good people of Niger and Suleja in particular to come together and receive divine blessings irrespective of their religious beliefs,” he said.

The cleric urged would-be participants to come with great expectations for salvation, healing and spectacular miracles.