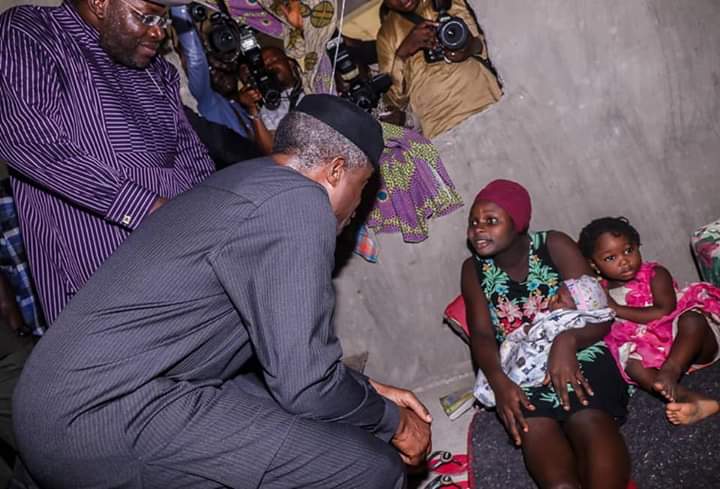 Professor Osinbajo while speaking at Okogbe in Ahaoda-West, said they were in the state to have a firsthand experience of the situation in Rivers state.

He said the Federal government would intervene immediately to salvage the condition of those affected by the flood.

He added that the Federal government will liaise with the Rivers State Government on how to avoid a reoccurrence of the flooding.

“We have come and we have seen so much damage the flood has done and the need for immediate intervention.

“We will see how we can effectively work with the state government to resettle all those affected in their homes and also to plan for the future.

“Part of what we need to do is build more canals. We also need to dredge these rivers so that they are not overflowing all the time,” Osinbajo said.

Vice President, Yemi Osinbajo also visited Bayelsa where he described the flood that ravaged some communities in the state as a monumental disaster.