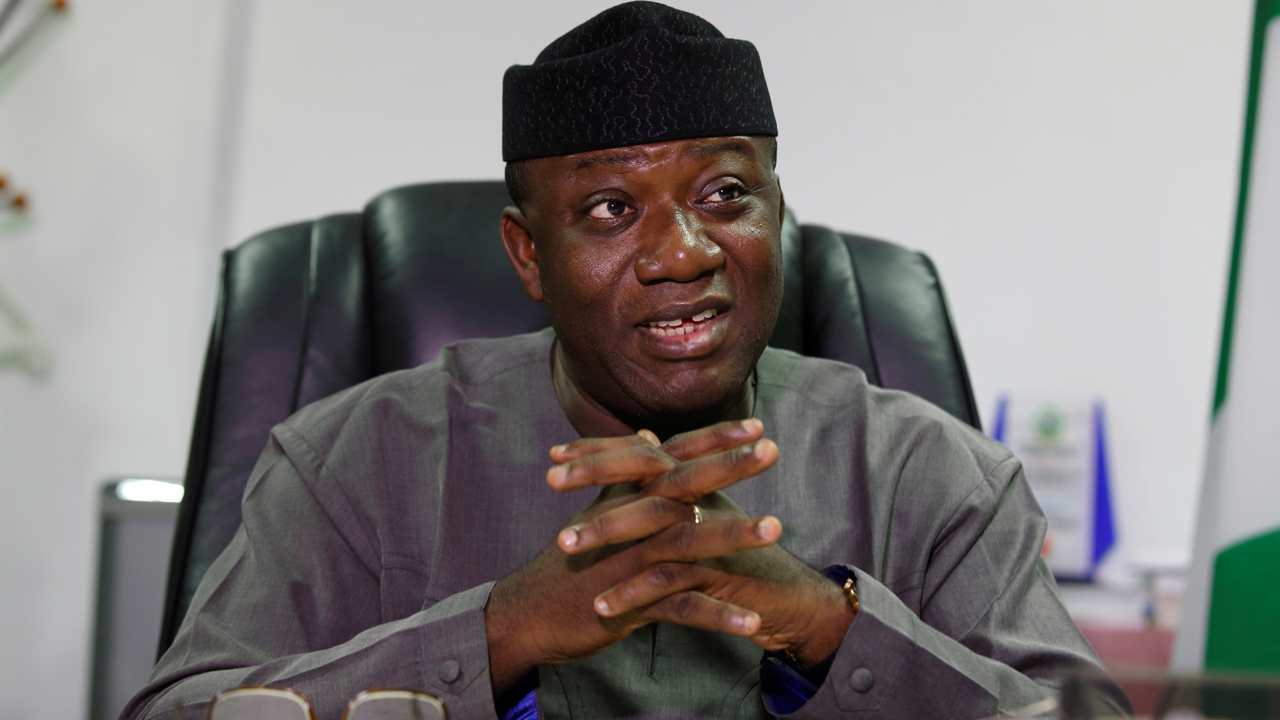 A group, the Centre for Anti-Corruption and Open Leadership, CACOL, on Thursday asked newly-inaugurated Ekiti State Governor, Olukayode John Fayemi to publicly declare his assets just as he did during his first term in office.

CACOL explained that Fayemi’s declaration of assets will serve as a standard upon which other public office holders will be held.

Coordinator of Media and Publications, Adegboyega Otunuga, the body also commended the newly inaugurated governor for announcing a free education programme for all pupils in the state-owned primary schools up to junior secondary school.

The statement reads, “His Excellency, Dr. Kayode Fayemi, after his swearing-in ceremony on Wednesday, October 17, 2018, immediately sprang into action by announcing a ‘free education programme’ for all pupils in the state-owned primary schools up to junior secondary school.

“This is a laudable step, considering the fact that education is one cardinal area the people of the state has consistently prided itself in, aside from the global avowal of the benefits accruable to any government, with an educated populace.

“However, for this and many other economic programmes he as the Governor, may want to implement to make his second coming memorable and noteworthy, he, like Caesar’s wife must come to equity with clean hands by declaring all his assets and those of his deputy, publicly.

“We would recollect that since he left the saddle in Ekiti state, between 2010 and 2014, he had gone ahead to serve as the Federal Minister of Solid Minerals Development under the Muhammadu Buhari’s government.

“Suffice it to mention that we are not asking him to do anything novel as he actually declared his assets in his first coming as the Executive Governor of the state, even though he could not declare his assets when he was leaving as we could have preferred.

“Aside from his pedigree that such declaration tends to preserve, it would serve as a baseline to hold other office holders by and this could be better appreciated if we considered his antecedents as a prominent Rights Crusader and Civil Society advocate.

“Our position remains that the course of leadership deficit that has afflicted the nation for so long and our resolve to roll it back, would be better served if he could start on this promising note of accountability.

“We also note the factsheet of Ekiti State as one of few ‘Economic basket case’ of the nation.

“This is with an annual budget of USD300mn (Three Hundred American Dollars) with a two-third recurrent expenditure gulping the entire amount while a paltry one third of the capital is meant for Capital spending.

“The federal allocation to Ekiti State in a year, is mere USD110mn (One Hundred and Ten Million Dollars) while its Internally generated revenue (IGR) in 2017, was a paltry USD13.4mn (Thirteen Million, Four Hundred Thousand American Dollars) thus, leaving the state with an urgent need of over Two Hundred Million American Dollars, just to stay afloat.

“The essence of this statistical breakdown is to vividly make it clear that unlike the Free Education programme of the Obafemi Awolowo era, the population explosion now would very soon show to the governor that the number of school children in Ekiti state alone today would be almost same figure of entire school children in the defunct Western state, if not more.

“While embarking on such populist and laudable programmes may not be outrightly suspect, it is clearly inevitable that governor Kayode Fayemi, would do well to appreciate the need to diversify the economic base of a parlous economy like that of Ekiti kete and covet the wisdom of biblical Solomon to make the state become viable and its economy a sustainable one.”