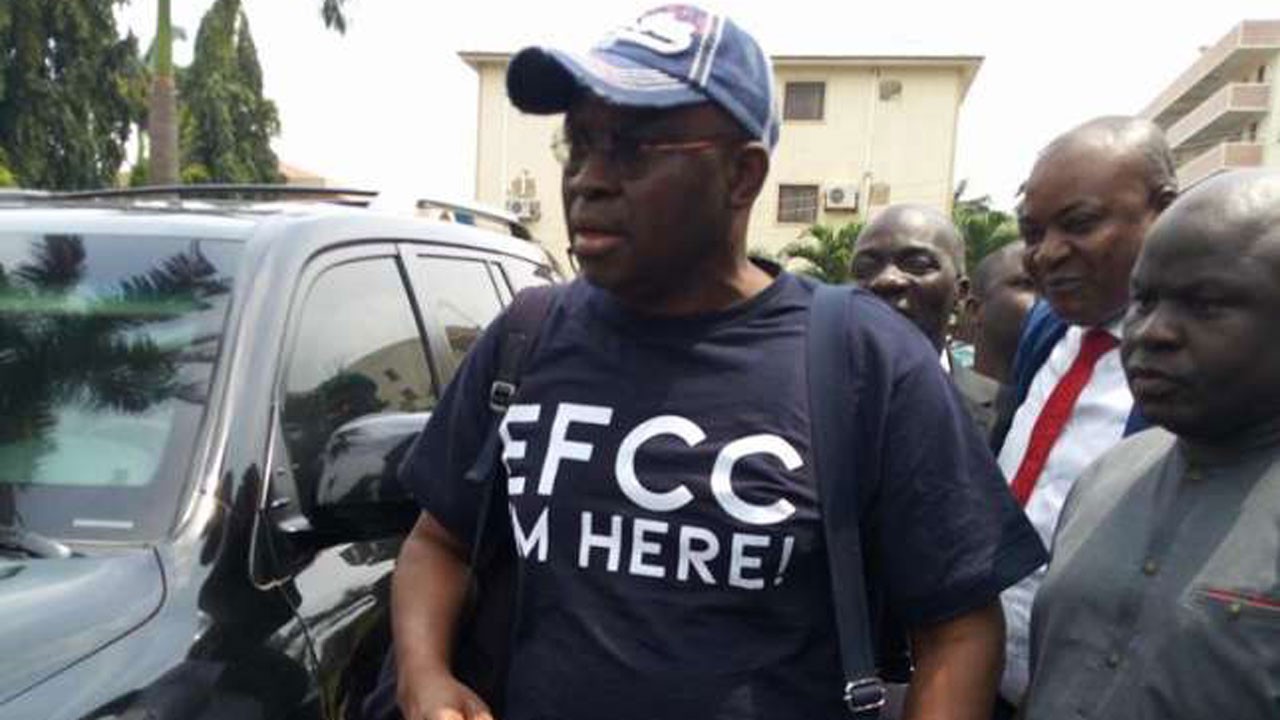 The Peoples Democratic Party, PDP, has called on the Economic and Financial Crimes Commission, EFCC, to drag former Governor of Ekiti State, Ayodele Fayose, to court.

Fayose has spent more than 24 hours in the custody of the EFCC after he surrendered himself to the anti-graft agency’s Abuja office on Tuesday afternoon.

The EFCC told NAN yesterday that the former governor was still in its custody, going through interrogations.

But in a statement by the Publicity Secretary of the PDD, South West, Ayo Fadaka, the party noted that it was approaching 48 hours of detention.

The statement said, “We, therefore, hold firmly that if Fayose is not charged to court immediately to answer to whatever charges against him, then it will be very clear that the Buhari administration is merely using the EFCC to intimidate, harass and punish him in the most unjust manner.

“It is now going to 48 hours that he submitted himself to the agency and he is still being held incommunicado, this development proves that the claim by the EFCC that it is actually working in public interest is a lie.

“It is merely playing a partisan card as attested to by its unfortunate tweet in the immediate aftermath of the Ekiti election.”