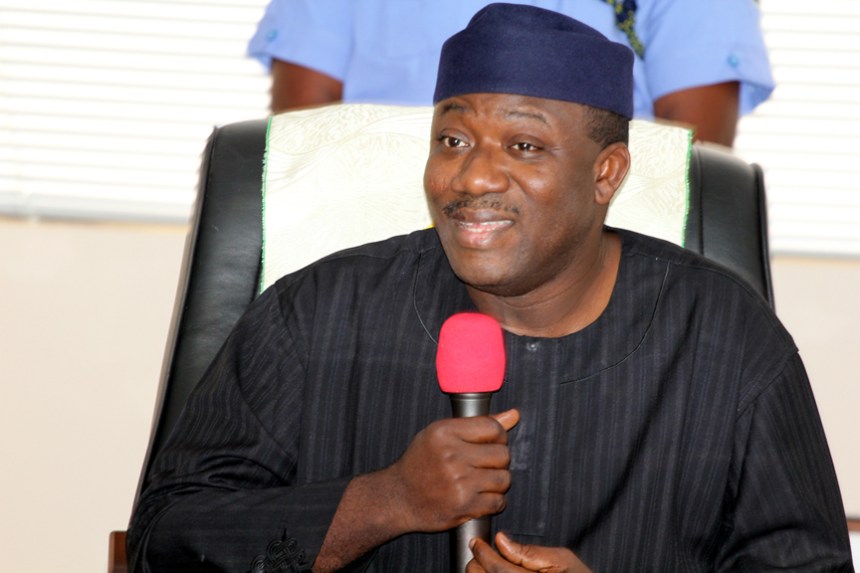 He made the announcement at a ‘Thank You’ visit to Ekiti North and South Senatorial Districts on Wednesday.

Education tax was introduced by the immediate past administration of former Governor Ayodele Fayose in 2015 where primary and secondary pupils in public and private schools paid N500 and N1,000, respectively.

He said, “From today, we have cancelled all educational taxes. We can’t owe parents and expect them to be paying taxes.”

The governor promised to introduce a free meal in public schools by December.

The new governor also appealed to party faithful to work together for the victory of President Muhammadu Buhari in 2019 for him to extend the rail line to Ekiti and dualise Ado-Akure road among other projects.

“That is why I am begging our candidates to reach out and reconcile with those that contested with them for the State and National Assembly seats.

“They should also meet all the leaders because no governor can come from the government house and install all these candidates without the support of the party people.

“We must not allow cracks in our party, we must be united. Whoever thinks he could fight the leaders and other contestants and still win the election is wasting his time, he had already heard the result of the election.