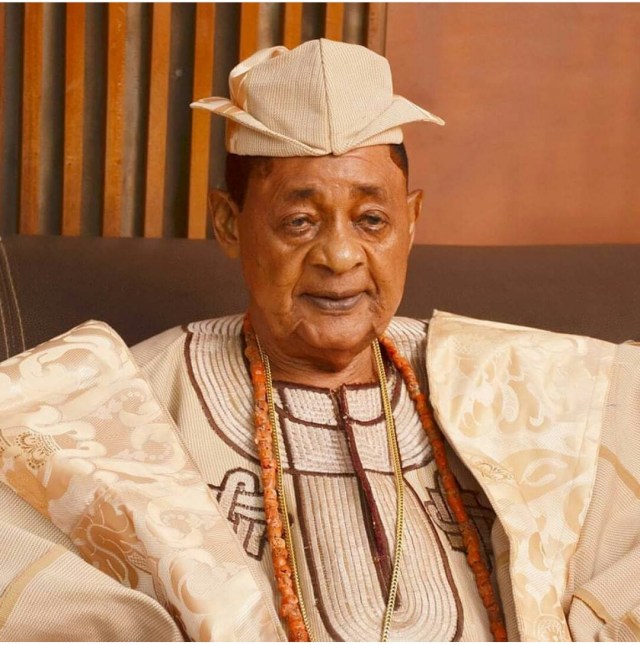 Some leading scholars attempted to redefine the essence of the Alaafin’s role and position in Yoruba history and culture during an international conference organised by the Centre for Black Culture and International Understanding to celebrate the 80thb birthday of the Alaafin of Oyo, Oba Lamidi Adeyemi last Monday.

At the event, held recently in Oyo town, the ancient hub of Yoruba culture and politics, the fear that Nigerians might, at some point in the future, have to depend on outsiders to learn key aspects of their own cultures and languages nearly became a reality when American scholar, Prof. Lorand Matory, who teaches at Duke University, Durham, North Carolina, practically taught many Yorubas present some unknown aspects of Sango right in the presence of Oba Adeyemi.

Matory, in his keynote address titled, Fire in the Sky: The Meaning and Majesty of Sango’s Sacred Arts in Nigeria, Cuba and Brazil, gave a revealing exposition on the personality of Sango through a pictorial and video account of the art and crafts, as well as spectacles associated with the one-time Alaafin of Oyo, who assumed the role of a deity upon his controversial passage.

So intensive and extensive was Matory’s journey into Sango’s arts and life that leading scholars and culture icons – including Oba Adeyemi – who gathered at the main hall of Ajayi Crowther University, Oyo, venue of the event, stayed glued to the screen – and to the presenter’s lips sweetened by the energy and passion that drove his presentation.

Beyond Matory’s address, however, the conference inspiringly dug into the phenomenon called Alaafin, evoking the great Oyo Empire and situating the monarchy in the heart of scholarship.

The calibre of the people in action was bound to stir up such a robust engagement. While a former Governor of Osun State, Prince Olagunsoye Oyinlola, who is the chairman, Board of Trustees of the CBCIU, was present, the chairman of the opening ceremony was Dr. Lalekan Are, the Chairman of Kakanfo Inn, Ibadan.

On the scholars’ side were the likes of iconic Prof. Toyin Falola of the University of Texas; and Prof. Akin Ogundiran, UNC Charlotte, North Carolina, USA and their Nigeria-based counterparts such as Profs. Tunde Babawale, Tunji Olaopa and Akin Alao.

While close to 150 papers were delivered at the conference, Falola’s keynote address stood out the way the proverbial albino does in the market place. In the over 100 page-long paper, titled Alaafinology: The Ideology and Epistemology of Kingship, he proposed that a course titled ‘Alaafinnology’ be introduced in higher institutions. According to Falola, the course will introduce students to the philosophies and theories of civilisation while they will be able to apply the knowledge of kingship system to contemporary issues.

Walking his talk on the essence of promoting indigenous languages, Are, who is also the Chairman of University Press, chose to present his address in Yoruba. He urged all parents to first expose their children to Yoruba before any other language. Are, who gave the example of how he ensured that the first language his first son who was born in the United States spoke is Yoruba, warned that the language would go into extinction if fundamental steps were not taken. The man who also noted that he defied several threats, including those from foreign bosses, to stick to native dresses, called the attention of the participants to the fact that Oba Adeyemi spoke both Yoruba and English brilliantly.

“The Alaafin’s spoken English is better than that of even those of you who have bagged PhD,” he told them.

In his address, Oyinlola congratulated the Alaafin on his achieving what he described as an enviable milestone. He said Alaafin was not just a symbol of history, culture and tradition, he had also positively affected the political landscape of Nigeria and beyond. The former governor used the occasion to seek more roles for traditional rulers, noting that the CBCIU would work further in illuminating their contributions to national development.

The Director General of the CBCIU, Prof. Siyan Oyeweso, who co-convened the conference with Prof. Olutayo Adesina, thanked the Alaafin, Oyinlola and the management of the Ajayi Crowther University for the various roles they played towards making the programme happen. He said the centre was also working on a project called the Oyo Oral History Project, documenting Alaafin’s speeches.

The Deputy Vice- Chancelor of the host university, Prof. Dapo Asiwaju, extolled the virtues of the monarch, noting that he had witnessed administrations of 13 Nigerian Presidents, adding that he was the first oba to be made chancellor of a federal university.

At the end of the conference, the participants noted that the personality, aura, carriage, speech, dressing, appearance and attitudinal dispositions of the Alaafin were an embodiment of the totality of Yoruba decency, cultural richness, political complexities and economic sagacity. They also noted that Oyo’s primacy in African and Yoruba history and the Alaafin’s institution in Yoruba history, culture and political power relations were historically established, culturally supported, politically sanctioned, economically strengthened and constitutionally entrenched in Yoruba’s historical development.

They said that both the Alaafin of Oyo and the Ooni of Ife enjoyed primacy in Yoruba history as political head and spiritual head, respectively. Further stressing that the Oyo Yoruba people built the Oyo Empire that lasted 600 years, they explained that the greatest legacy Oyo Empire bequeathed to the world was one of the oldest systems of checks and balances and separation of power.