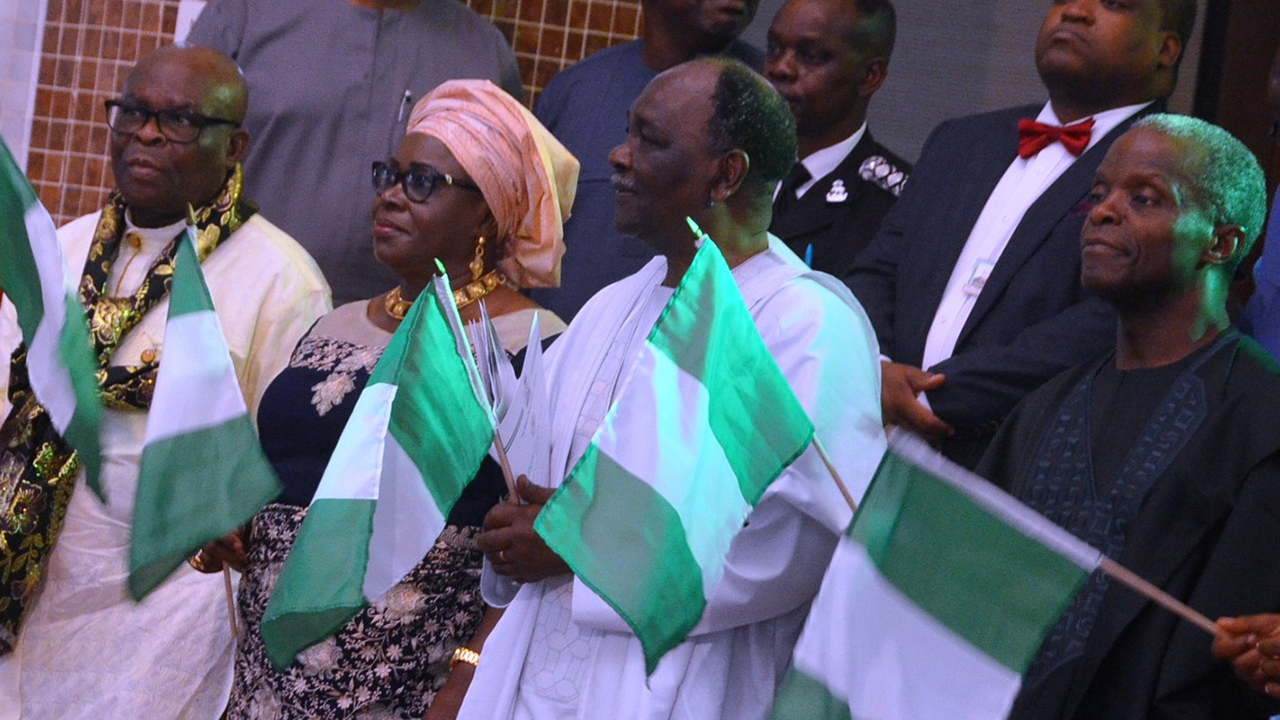 Vice President Yemi Osinbajo yesterday admonished Nigerians to make more sacrifices for the development of the country, assuring them that the nation would rise beyond the imagination of the world.
He spoke at the church service to mark the independence anniversary at the National Christian Center in Abuja.

In his short remarks, the vice president said the anniversary was an opportunity to bless the nation and her people. He said this year’s celebration would mark a great new beginning for the country and bring peace and prosperity.

Osinbajo, who instead of making regular speech, chose prophetic declarations, said Nigeria would not fail, but will be exalted to be a pride to Africa and to the world.

He urged political leaders to do good for the people and country and also do things that would promote peace, unity and stability in the country.

Gowon, who sued for peace as Nigeria prepares for the 2019 general elections, prayed against any outbreak of violence.

The General Superintendent, Deeper Christian Life Ministry, Pastor Williams F. Kumuyi said “we must put the past behind us and unite to form a great irresistible force to move the nation forward.”

He stressed that every part of the country has a role to play in nation building, warning that no part should be deliberately overlooked in the nation, and there should be no rivalry, no superiority.