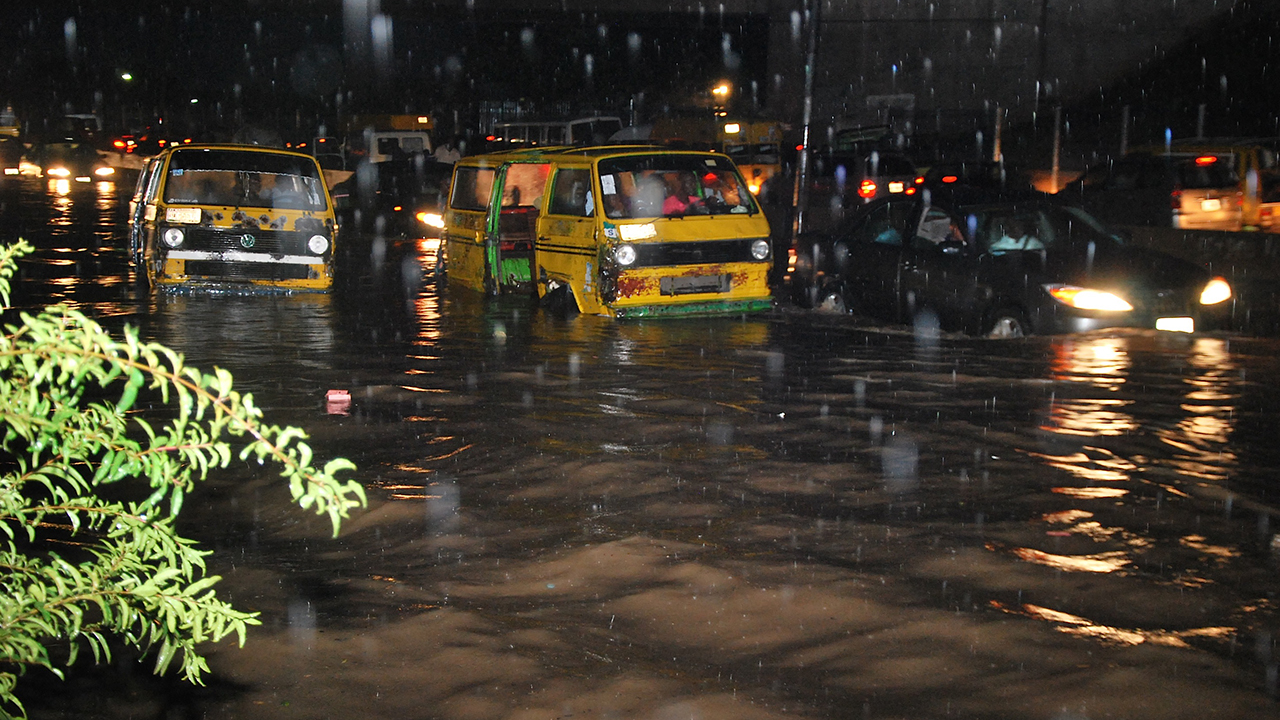 Property owners trying to sell their properties in flood-hit parts of the country are yielding to pressure to drop prices as demands for homes in some of the affected locations have reduced drastically, The Guardian investigation has revealed.

After weeks of flooding in major cities, especially in eight states, some houses have been submerged in water, forcing the occupiers and tenants to vacate the areas.

The flood affected residential /commercial properties and the residents in general.

The situation also made investors in the low-income side of the market to shy away from areas classified as major risks zones.

While some tenants left their houses, some property owners have lowered rents to woo new tenants while properties earlier offered for sale have began to appear on the market, with values reduced.

While flood events in low-risk corridors had no impact on property prices and residents, those in high-risk locations like; Victoria Island, Lekki and Ikoyi in Lagos and states like, Kogi, Niger and Anambra, among others, were negatively affected.

This is evidenced in low property investment as a result weakened investors’ confidence in the affected locations according to operators.

In Niger state for instance about 100-houses were submerged by flood about two weeks ago in Zungeru area with about 7,000 residents displaced as a result of the incident.

The Nigerian Meteorological Agency had earlier in the year urged state governments to take pro-active action against floods disaster but nothing could be done to mitigate the challenge.

It also indicated that Lagos, Bayelsa, Rivers, Delta, Ondo states among others, may likely experience coastal flooding as well as contributes significantly to incidences of collapse buildings.

The Kogi State Chairman of the Nigerian Institution of Estate Surveyors and Valuers (NIESV) Ramatu Omale said the situation has impacted on real estate transaction, especially in locations where the commoners live.

She explained that because of floods, they had to park out of their place of residence to areas, which they didn’t expect.

“This has caused a drop in affected flood location and a rise in rents in new communities where people are moving into because of the pressure on the available properties.

People had to move from their original places to new places. Some people were capitalizing on that to increase rents in new location”.

According to her, in locations where a one-bedroom flat used to be N80, 000 before the flood, rents were reduced by 20 per cent.

There was no pressure on the luxury side of the real estate in the state because most of the people that were affected are the low income earning Nigerians and so they don’t have the choice of going to highbrow areas like the Government Reserved Area (GRA)”.

Omale stated that the flood also weakened investors’ confidence in locations such as, Kabawa, Adankolo and Ganaja among others, which were specifically riverine areas of Kogi State.

“Sometimes, investors unknowingly preferred having their properties facing the river side to overview the river especially for hoteliers and some other commercial concerns but when the flood came up, everybody began to have another thought about development along those corridors because they don’t pray for a situation whereby their investment would end up in ruins and wastes.

Those who were developing properties for the low-income earners in the axis had to stop on their decision and relocate their investment to other weather friendly locations”.

His Niger State counterpart, Dr. Kemiki Adebowale told The Guardian that this year was the first in about 10years when the state witnessed such high level of floods where people’s houses were destroyed.

He said people that have been displaced are now looking for accommodation elsewhere stressing that this has opened way for housing development in nearby communities.

Adebowale said; “Housing prices in affected communities were going down while in other communities where people are moving into, prices were going up as
vacant accommodations that were not going for rent before is been redeveloped by the owners just to look good for rent.

“In those communities particularly in Zungeru, nobody wants to live there because the entire place has been submerged and the location currently has zero property value as at today”.

According to him, floods event have served, as an indication that would be investors in property market should be careful on the kinds of terrains they build properties.

“Now the eyes of housing investors have been opened to the need to identify flood prone locations when considering investing especially with about 100 houses destroyed by flood in Kogi state.

However, they would definitely build around flood prone locations because a hydropower project is coming up in that area to generate electricity.

Government had raised alarm earlier that there could be flooding in some states.

I think that prediction is a step further compared to the past where there are no forecasts.

The development would empower us that when government predicts floods, we should take it serious and take care of locations that are prone to the incident”, he stated.

Contributing, a former managing partner of Knight Frank and Rutley, a real estate firm based in Lagos, Mr. Joe Idudu lamented that the issue of flooding is affecting values of properties, especially in location like Victoria Island and Lekki axis as well as the environment.

According to him, there are many areas of Lagos which investors are afraid to go to develop because if there were heavy rain, you would have your carpet floating in waters.

Idudu stated that the situation requires a proper study of the flow of water by specialists in affected locations in order to map out a lasting solution to the problem.

He said, “In the last flooding experienced, professionals in the sector came out very firmly on what needs to be done by government in Lekki and Victoria Island where there are expensive houses that are difficult to use during rain.

We felt that government could assist investors by trying to drain the area especially the channels of waters like the lagoon and the Atlantic sea after a proper study must have been done on the flow of water.

We told government that the situation goes beyond saying it’s the blocked drainages; you must study the flow of water.

In spite of recommendations, government has done nothing.

Water is a resource that must finds its root, if roots are well directed, it will never overflow but flow freely and dry”.

On his part, the Anambra state chairman of NIESV, Justin Okaro noted that real estate investors in the state were so fortunate that floods which took place this year, was of no consequences on major real estate transaction as the event occurred in the extreme rural locations.

He pointed out that if the flood had taken place in the urban locations, it would have impacted negatively on rents, caused displacement of the residents and led to monumental fall in investor’s confidence in the state’s real estate transactions.