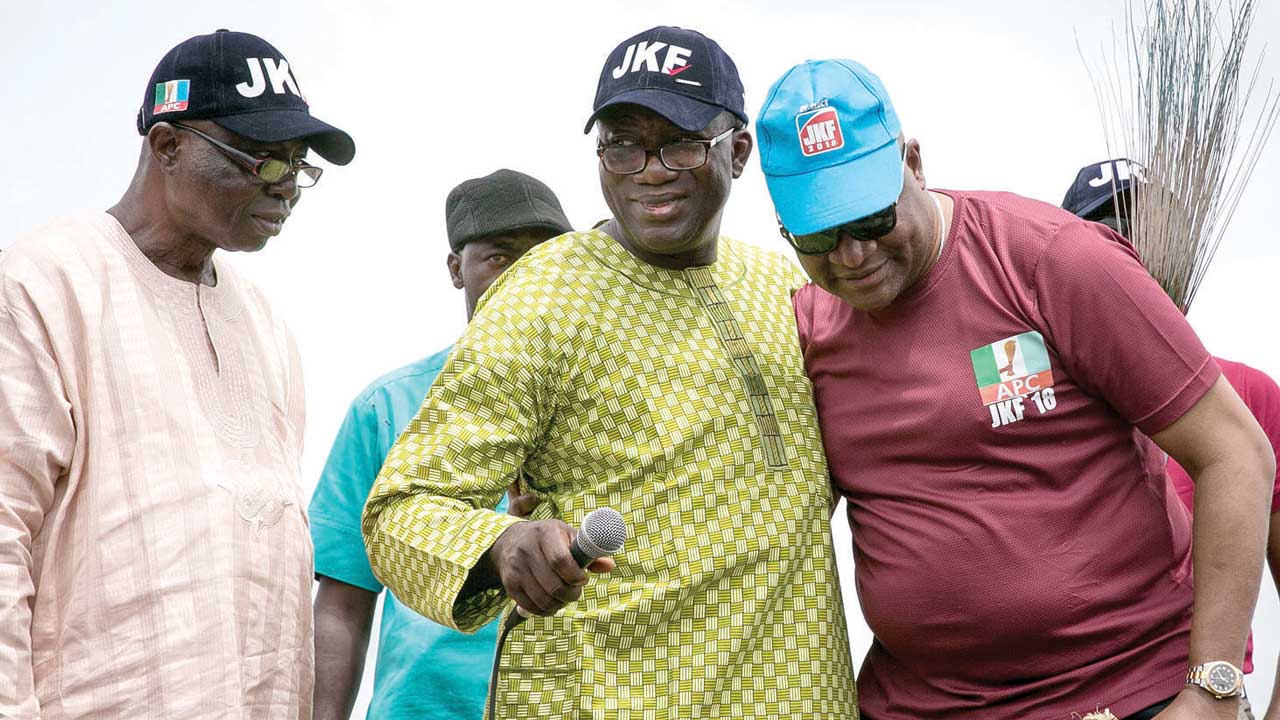 Crisis now brews in the Ekiti State All Progressives Congress (APC) over alleged imposition of candidate for the House of Representatives election.

Eight aspirants from Ekiti Central Constituency 1 had petitioned the party leadership, accusing the deputy governor-elect, Chief Bisi Egbeyemi, of favouring a particular aspirant currently seeking the APC ticket to emerge as its candidate.

However, reacting to the allegation, Egbeyemi denied having an anointed candidate for the election.

Egbeyemi, a former Chairman of Ado-Ekiti Local Council and commissioner in the state, however, cautioned aspirants to beware of fraudsters and swindlers.

He spoke in Ado-Ekiti yesterday shortly after meeting with all the aspirants and leaders of the party at his residence over the allegations against him and other leaders.

He described the allegations as mere rumour and a figment of the imagination of those who want to destroy the party make reconciliations difficult for the political platform.